Home > A Level and IB > Government & Politics > Global Political Structures Unit 3D Edexcel
Explain the Billiard Ball and Cobweb Model of Politics
Billiard ball model has states acting independently and cobweb model shows their interconnectedness.
1 of 26
Give a definition of globalization
A complex web of intreconnectedness where states are effected by events in other states despite the distance.
2 of 26
Explain the difference between hard power, soft power and smart power.
Hard power is use of military force or economic incentives/sanctions to make states do what they want. Soft power is the use of diplomacy and attraction to exert influence. Smart power is the use of soft power with the threat of hard power.
3 of 26
How could global politics be described during the 19th century?
An age of imperialism.
4 of 26
How did the world order change during the 20th Century?
Begins as a multipolar world with Britain as a declining hegemony. After World War Two it became a bipolar world and then after 1991 it became unipolar with USA dominant.
5 of 26
Give a brief summary of the Realist approach to Global Politics
Humans are selfish and so states act in their own self-interest. The world exists in a state of international anarchy where war is inevitable between states. Hobbes and Machiavelli key thinkers.
6 of 26
Give a brief summary of the Liberalist approach to Global Politics
More optimistic about human nature and believe that states cooperating with one another and being interconnected will lead to a peaceful world. Key thinkers are Laozi and Emmanuel Kant.
7 of 26
Explain the security dilemma and the democratic peace thesis
Security dilemma is an interpretation of a states defensive strategy by another state as offensive and reacting accordingly often in an offensive way themselves. Democratic peace thesis is the idea that democracy tends to foster peace.
8 of 26
What do Marxists see as the most important aspects of any situation?
Economic classes of the bourgeoisie and the proletariat. How are the owners of the means of production exploiting their workers.
9 of 26
How did neoliberalism change global economics in the 1980's?
Less state intervention, private enterprise, free market economy, deregulation of industry.
10 of 26
What was the "Washington Consensus"?
An agreement on economic policies in 1980; floating rates, fiscal discipline and financial liberalisation.
11 of 26
Explain the role that TNC's play in the global economy.
Economic power and political influence; 70% of world trade- low taxation levels and financial regulation.
12 of 26
What is meant by internal sovereignty and external sovereignty in relation to states?
Internal sovereignty is a state's ability to make rules within its borders. External sovereignty is the state's ability to resist influence of other states in its affairs.
13 of 26
What is a "failed"state?
A country that can not survive on its own; usually without a stable government
14 of 26
What is meant by cultural imperialism?
The spread of Western culture to other countries, such as values being spread through movies, media, music and global brands.
15 of 26
Give two examples of New Social Movements.
Environmental movement. Feminist movement.
16 of 26
Define the terms hegemony and superpower.
Hegemony is a state that dominates world politics. A superpower is a state that possesses global reach, economic dominance and superior military capacity to Great Powers.
17 of 26
What are the key weaknesses of the UN?
No armed force. Veto power of P5 in Security Council. Unequal funding by member states. Inability to challenge dominant nations like the US and Russia.
18 of 26
Give two examples of successful UN interventions.
East Timor in 1999. Suez Crisis in 1956.
19 of 26
Name three key agencies of the UN other than the General Assembly and the Security Council.
ECOSOC. UNESCO. UNHCR.
20 of 26
Explain the difference between intergovernmental and supranational.
Intergovernmental is a realist value where states maintain sovereignty and work with others. Supranational is a liberal value and is where states pool sovereignty to govern as one.
21 of 26
What are the three main bodies of the Bretton Woods System?
IMF. World Bank. WTO (previously GATT)
22 of 26
Choose one of these bodies and give a positive and negative point about it.
IMF is more effective in helping western nations than developing countries. Insists on strict economic policies which can often further damage the country's economy.
23 of 26
Other than the EU, name three regional groups.
CARRICOMM (Carribbean Commission). SEATO (South East Asian Trade Organisation. ECOWAS (Economic Community of West African States)
24 of 26
Give two key criticisms of the EU.
Struggles to make decisions as too many members (28). Euro only used by some (19).
25 of 26
What is meant by subsidiarity in relation to the EU?
The devolution of decision making from the centre to lower levels. Or vice versa.
26 of 26

A complex web of intreconnectedness where states are effected by events in other states despite the distance.

Give a definition of globalization 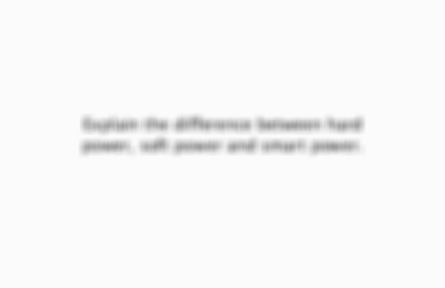 An age of imperialism. 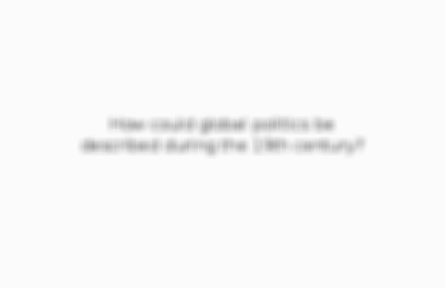 Begins as a multipolar world with Britain as a declining hegemony. After World War Two it became a bipolar world and then after 1991 it became unipolar with USA dominant. 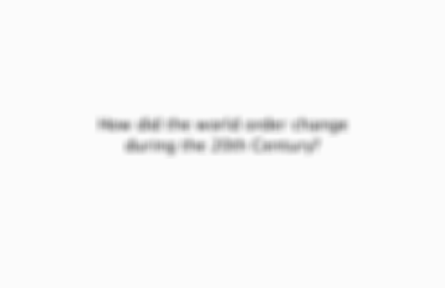