Bands of softer rock (e.g. clay) are eroded fater than harder rock (e.g. chalk) either side of them. THe soft rock is eroded and causes the land to curve inwards forming a bay while the hard rock doesn't erode as fast so sticks out into the sea forming a headland. 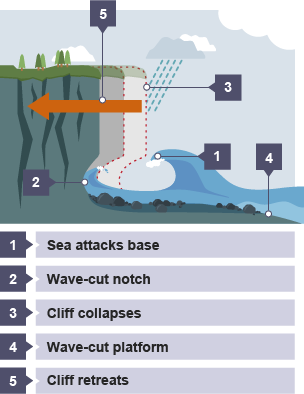