A particle projected with speed u at an angle α to the horizontal has two components of initial velocity - one horizontal (x-axis) and one vertical (y-axis). They are called the x and y components.

The vertical and horizontal motions should be considered separately. The time is the same for both, so can be used to connect the two components.

Projection at an angle: 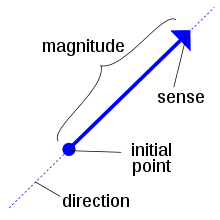 Vectors can be described using the i + j unit vectors.

Forces on an Inclined Plane 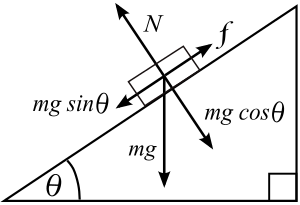 Three forces need to be considered:

Forces on an Inclined Plane (2)

The Coefficient of Friction:

A body of mass 5kg lies on a smooth horizontal table. It is connected by a light inextensible string, which passes over a smooth pulley at the edge of the table, to another body of mass 3kg which is hanging freely. The system is released from rest. Find the tension in the string and the acceleration. 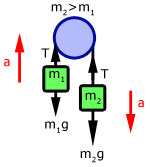 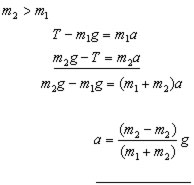 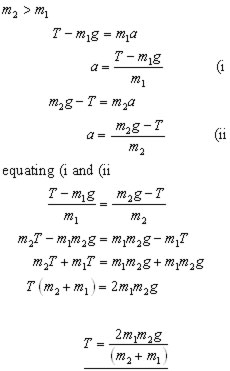 Particles that join together after impact are said to 'coalesce'. They can be thought of as one object.

Two particles of mass 40g and Mkg move towards each other with speeds of 6ms-1 and 3ms-1 respectively . The particles coalesce after impact and move with a speed of 2ms-1 in the same direction as that of the 40g particle's initial velocity. Find M.

Momentum of particles moving on a plane:

The PDF doesn't seem to work :'( is their something you can do to fix it? Thanks it looks GREAT! definitely something I need!

i love you, actually love you!

thanks for that - its brilliant much appreciated!

Thank You, this is so helpful :)

this was soooooooo helpful

A fantastic set of revision cards covering the full range of mechanics content.

absolutely fantastic! thanks a million!

but this is amazing love it