Electricity generators in power stations are driven by turbines turned by steam. Coal, oil and natural gas are burned in fossil fuel power stations to heat the water and create the steam..

Uranium or plutonium is used as the fuel in a nuclear power station. Much more energy is released per kg from uranium or plutonium than from fossil fuels. A nucleus of uranium can undergo a process called nuclear fission, which release huge amounts of energy.

Biofuels are renewable sources of energy. Biofuels such as methane and ethanol can be used to generate electricity. 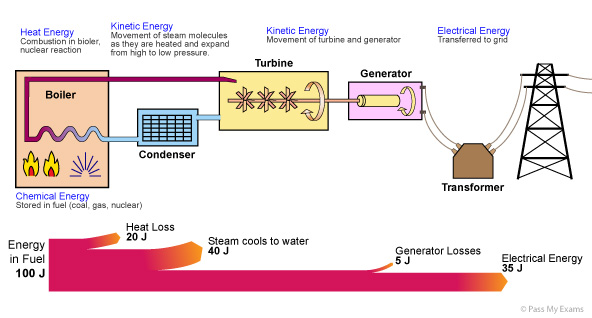