Plato was heavily influenced by others such as Socrates, Pythagorus and Heraclitus. Plato was interested in finding something certain in an ever changing world. This was in some ways his obsession. This is where we find the forms.

Background information on Plato: Philosopher, Plato lived in ancient greece and lived from 427 to 347 BC. He was a pupil under Socrates, who was a well known philosopher. Socrates questioned the way Athens was ran; however, he died because of this. 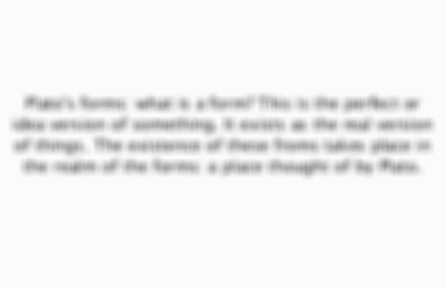 The simile of the divide line: Here Plato essentially explains that there is a divide line that seperates forms and things in the realm of appearances. In the forms section there are higher forms and individual forms. 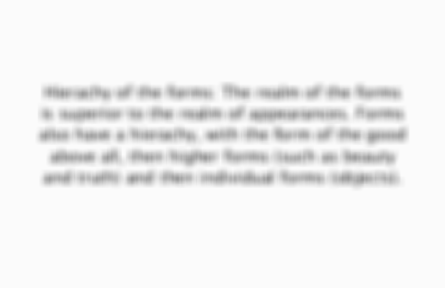 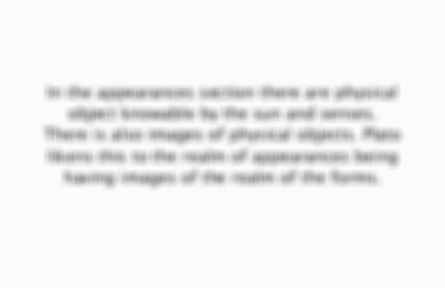