In 1919, Mussolini formed Fascio di Combattimento, which from the beginning was more an action group than a political party. What were the demands and in what way can this be described as "left-wing"?

*A republic (this is left-wing), *the abolition of conscription (no nations, no war), the closure of all banks and of the stock exchange, *profit sharing and management participation by the workers (left-wing) and *the seizure of Church lands.

Read about Mussolini. Describe his background and why he turned to the right. 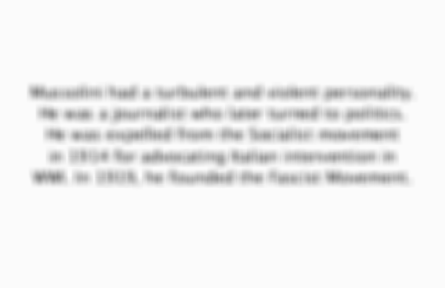 What were the Squadristi and how were they used? 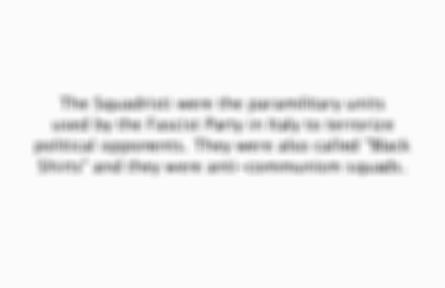 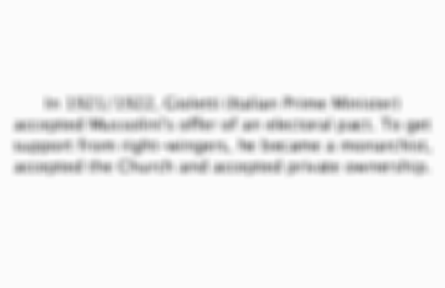