nuclear fission is when an atomic nucleus splits up into 2 smaller nuclei, reseasing a lot of energy. it happens when a slowly moving neuton is absords into th nucleus, the additional neutron makes the nucleus unstable causing it to split into 2. The new nuclei are normally radioactive due to the unusual amount of neutrons.

nuclear fission s a chain reaction this is because as one nucleus absords a neutron and splits 2 or 3 neutrons are released to be absorded by another nucleus. this prossess keeps on going cause all the atoms to under go nuclear fission.

nuclear fission is used in nuclear power plants. uranium-235 and putonium-239 are usually the elemnts in the nuclear reactor were nuclear fission takes place. the energy gained from the spliting of the nucleus in the from of heat is used to heat water in the boiler. tha stem then turns the turbine and creates electricity.

nuclear fuson is when 2 nuclei can join  together to create a large nucleus e.g. 2 hydrogen nuclei joining to creat a helium nuclei. nuclear fusion reases more energy than nuclear fission and has less radioactive waste than nucler fission does so poeple are trying to develop fusion reactors. but nuclear fusion only happened at really high temperatures (millions of degrees) no-one knows have to hold the hydrogen at the high temperature and pessure required in an ordiary container. 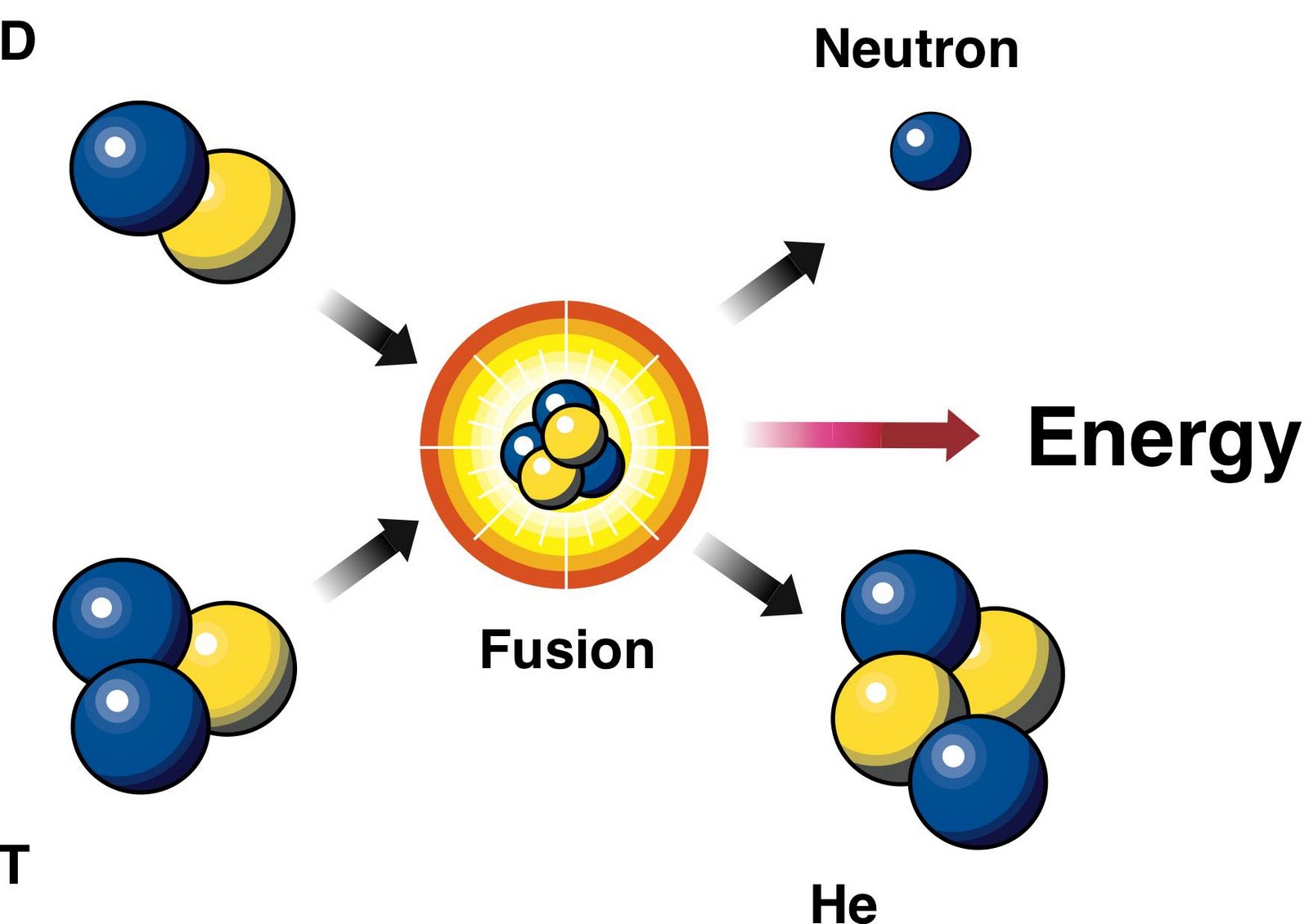