Home > A Level and IB > History > Cult of Personality

The cult of Stalin was an importrant factor in Stalin's totalitarian regime.  The celebration of Stalin's genius and goodness allowed people to feel loyalty and gratitude towards Stalin, even when the regime failed them.

Stalin over exaggerated his involevement/ role in the October Revolution and his closeness with Lenin, & ridiculed his former opponents.

The two most important histories of this kind were:

Stalin used methods such as:

e.g. Photograph of Trotsky and Lenin together were altered to move Trotsky from the picture 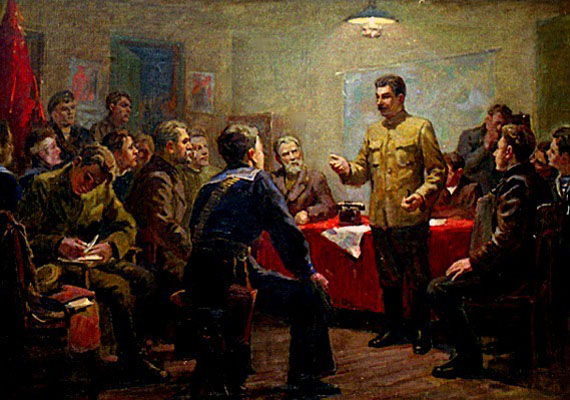 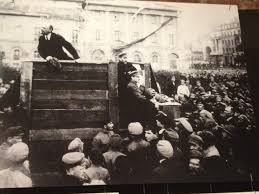 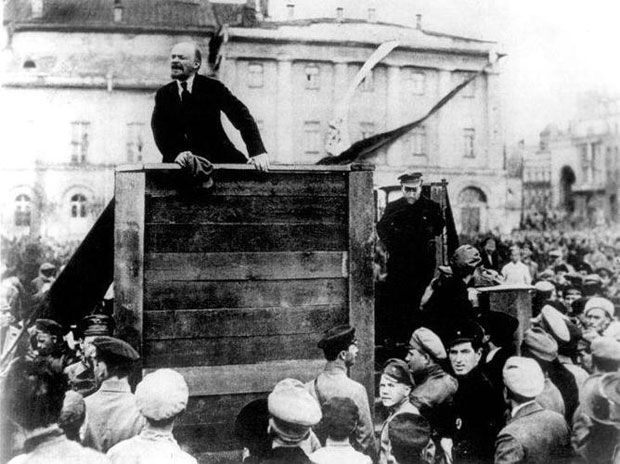 Before and after picture of one of Lenin's major speeches, sorry the first origional picture isn't very clear, but you can evidently see some popel have been cut out

Stalin in Art: Lenin's Pupil & The myth of the two

Showing Stalin standing in front of a Bust of Lenin, sybolising the fact that Stalin was 'the Lenin of today'

The myth of the two leaders

By the late 1930's, Soviet history had been rewritten again. Lenin's role was slightly reduced while Stalin's was further increased. According to the myth of the two leaders, Stalin had always been Lenin's equal, and the twomen, rather than just Lenin had led the October revolution. . e.g. Milkhail Romm's film Lenin in October (1937) depicted Stalin at Lenin's side continually throughout the Revolution.  Finally in the 1930's, Marxism-Leninism-Stalinism, indicating that Stalin was now considered an equal of Lenin and Marx (as he gradually went from being a pupil ot his equal as Stalion's regime and ideology strengthened and he relied less on the support Lenin had) 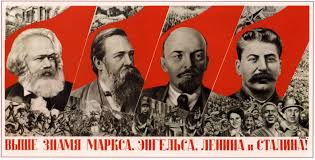 The cult of Staln, and the continuing Cult of Lenin provided Stalin with a focus for popular enthusiasm about communism.

Equally the cult of Lenin, focused on Lenin's tomb in Moscow, raplacing traditional Christian symbolism with a new communist symbolism.    All citizens could participate in the cults by buyinh paintings or sculptures of Lenin and Stalin or collections of their speeches.