Fractional distillation separates a mixture into a number of different parts, called fractions.

Crude oil is a mixture of hydrocarbons. The crude oil is evaporated and its vapours condense at different temperatures in the fractionating column. Each fraction contains hydrocarbon molecules with a similar number of carbon atoms and a similar range of boiling points.

Crude oil is not the only fossil fuel.

Natural gas mainly consists of methane. It is used in domestic boilers, cookers and Bunsen burners, as well as in some power stations.

Coal was formed from the remains of ancient forests. It can be burned in power stations. Coal is mainly carbon but it may also contain sulfur compounds, which produce sulfur dioxide when the coal is burned. This gas is a cause of acid rain. Also, as all fossil fuels contain carbon, the burning of any fossil fuel will contribute to global warming due to the production of carbon dioxide.

Some of the smaller hydrocarbons formed by cracking are used as fuels, and the alkenes are used to make polymers in plastics manufacture. Sometimes, hydrogen is also produced during cracking.

Fuels are substances that react with oxygen to release useful energy. Most of the energy is released as heat, but light energy is also released.

About 21 per cent of air is oxygen. When a fuel burns in plenty of air, it receives enough oxygen for complete combustion.

Complete combustion needs a plentiful supply of air so that the elements in the fuel react fully with oxygen.

Fuels such as natural gas and petrol contain hydrocarbons. These are compounds of hydrogen and carbon only. When they burn completely:

In general, for complete combustion:

Here are the equations for the complete combustion of propane, used in bottled gas:

Incomplete combustion occurs when the supply of air or oxygen is poor. Water is still produced, but carbon monoxide and carbon are produced instead of carbon dioxide.

In general for incomplete combustion:

Carbon monoxide is absorbed in the lungs and binds with the haemoglobin in our red blood cells. This reduces the capacity of the blood to carry oxygen.

Here are the equations for the incomplete combustion of propane, where carbon is produced rather than carbon monoxide:

When this nitrogen monoxide is released from vehicle exhaust systems, it combines with oxygen in the air to form nitrogen dioxide.

Nitrogen dioxide is a cause of acid rain.

Nitrogen monoxide and nitrogen dioxide are jointly referred to as NOx.

Many fossil fuels contain sulfur impurities. When these fuels are burned, the sulfur is oxidised to form sulfur dioxide.

This sulfur dioxide then dissolves in droplets of rainwater to form sulfurous acid.

Acid rain reacts with metals and rocks such as limestone. Buildings and statues are damaged as a result.

Acid rain damages the waxy layer on the leaves of trees and makes it more difficult for trees to absorb the minerals they need for healthy growth. They may die as a result.

Acid rain also makes rivers and lakes too acidic for some aquatic life to survive.

Most of the chemicals that make up living tissue contain carbon. When organisms die, the carbon is recycled so that it can be used by other organisms. The model that describes the processes involved is called the carbon cycle.

Stages in the carbon cycle 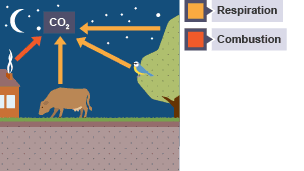 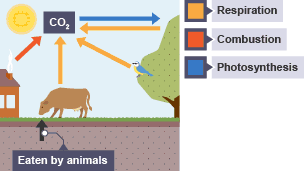 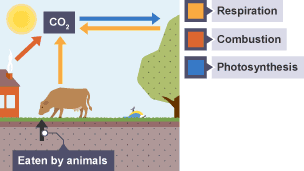 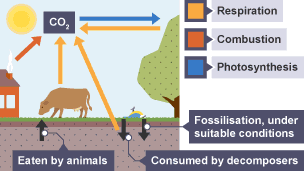 Note that throughout the processes, carbon is always being recycled.

Methane, CH4, is a gas that can be produced by:

Methane is a powerful greenhouse gas and therefore contributes to global warming.

Alkenes can be used to make polymers. 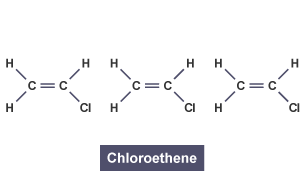 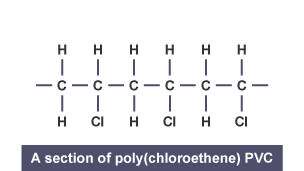 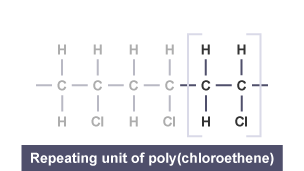 Alkenes can act as monomers because they are unsaturated:

Polymer molecules are very large compared with most other molecules, so the idea of a repeat unit is used when drawing a displayed formula. When drawing one, you need to: 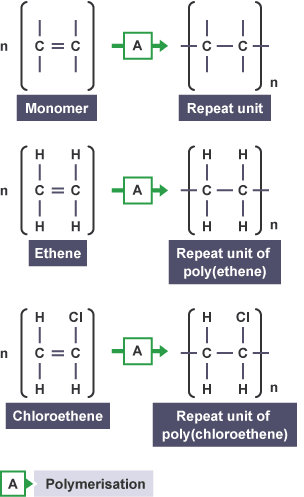 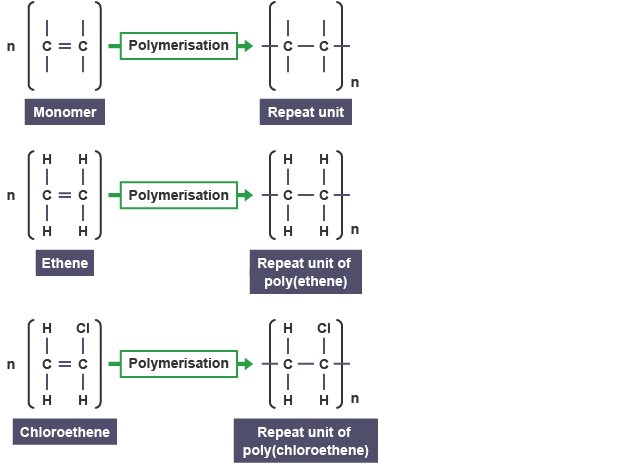 It can be tricky to draw the repeat unit of poly(propene). Propene is usually drawn like this:

It is easier to construct the repeat unit for poly(propene) if you redraw the monomer like this:

You can then see how to convert this into the repeat unit.

Some polymers are made via condensation polymerisation.

An example of a condensation polymer is nylon.

Polymers have properties that depend on the chemicals they are made from and the conditions in which they are made.

Modern polymers are very useful. For instance, they can be used as: