Home > GCSE > Geography > revision
Where is the Lake District National Park?
The Lake District National Park is located in the north-west of England in Cumbria. It is the largest National Park in England and is 33 miles from the west coast to its most easterly point and is 40 miles from north to south.
1 of 30
Rural areas
Rural areas that are visited by tourists need to be carefully managed. Balance needs to be maintained between the different interest groups such as local businesses, farmers and conservation groups.
2 of 30
The National Trust and other conservation groups have undertaken footpath maintenance
Some paths have been rebuilt or access restricted to reduce the effects on paths and vegetation.
3 of 30
Public transport
Public transport has been improved and subsidised, for example the 'Langdale Rambler' bus service. Visitors are encouraged to use the buses instead of bringing their cars into the national park.
4 of 30
Restricted parking zones
Restricted parking zones have been set up in some villages, for example in Elterwater. The car park on the edge of the village has been expanded and parking on grass verges and near houses has been restricted.
5 of 30
Raising awareness
Raising awareness of conservation issues for visitors with posters and leaflets at tourist information and visitor centres.
6 of 30
People currently go to Blackpool for a range of reasons;
· The Pleasure Beach is a theme park which is the UK’s most visited tourist attraction · The sandy beach and its piers · Blackpool Illuminations - a spectacular light show running since 1879 during the Autumn months to prolong
7 of 30
Where is blackpool on the butler graph
Stagnation
8 of 30
Blackpool suffered a decline in tourist numbers. This was because;
1. Foreign travel to the Mediterranean grew in popularity in the 1960s and 70s with its more reliable hot sunny and dry weather, and sandy beaches. 2. The expansion of package holidays and cheaper flights, plus more competing destinations 3.
9 of 30
The Beach
Coastal Protection The sea defences had been damaged ion Blackpool. They have been replaced with 'Spanish steps' leading down to the sea that will protect the coastline and increase public access to the seafront.
10 of 30
Jamaica has mass tourism because many people visit every year
1.9 million stopover tourists in 2011
11 of 30
why do people visit?
People visit for the beaches such as Montego Bay, deep sea fishing at Port Antonio, caves at Cockpit County, golf courses such as next to Kingston Town and water sports in Montego Bay
12 of 30
Cultural activities
More cultural activities include various historic plantation houses such as at Port Maria and there are environmental tourist attractions such as bird sanctuaries inland from Montego Bay and Botanic Gardens and a National Park in the Blue Mountains.
13 of 30
Jamaica does have problems
ecause its tourism numbers are declining slightly due to competition from new resorts across other Caribbean Islands
14 of 30
POSITIVES ON JAMAICA
Tourism brings in money to Jamaica – 20% of its GDP – this money can be spent on essential services such as health care and education which can boost the overall level of development. This does have a downside however, as Jamaica is dependent upon t
15 of 30
MORE POSITIVES ON JAMAICA
220,000 Jamaicans work in tourism – it is a vital employer. People work in a wide range of jobs, from the construction of hotels and tourist facilities, to service work cleaning, working in bars, caddying on golf courses amongst other jobs.
16 of 30
ONE MORE POSITIVE ON JAMAICA
Tourism benefits many sections of the economy as people spend money in bars, restaurants, and other local businesses, so tourism has a positive multiplier effect.
17 of 30
NEGATIVES ON JAMAICA
Many of the jobs created are seasonal, so people can become unemployed AND Large TNCs (Trans National Companies) such as Thomas Cook organise the holidays and make most of the money, so the profits go out of Jamaica and into MEDCs
18 of 30
ANOTHER NEGATIVE ON JAMAICA
Local employees are paid low wages, whereas managers from other countries tend to earn more.
19 of 30
NEGATIVES AGAIN ON JAMAICA
There is cultural pollution/dilution; Jamaica has a problem with sex tourism and a problem with drugs
20 of 30
ONE MORE NEGATIVE WOOOOH
Land for the massive hotels takes away land from famers. Water use also increases for drinking water, washing and recreation, taking water from local people. Local people cannot afford the facilities put in place for the tourists.
21 of 30
antarctica - climate part 1
Antarctica can be called a desert because of the low levels of precipitation. Antarctica has the coldest land temperature recorded on the earth of -89.2°C. The average annual temperature is around -50°C.
22 of 30
Antarctica - climate part 2
The precipitation in Antarctica is mainly snow. In coastal regions about 200 mm can fall annually. In mountainous regions and on the East Antarctica plateau the amount is less than 50 mm annually. is not as high as other desert regions because it is
23 of 30
Antarctica - climate part 3
Antarctica’s seasons are opposite to the seasons that we’re familiar with in the UK. Antarctic summers happen at the same time as UK winters. This is because Antarctica is in the Southern Hemisphere, which faces the Sun during our winter time.
24 of 30
Reasons tourists come to Antarctica (1)
Tourism is a growing industry.
25 of 30
Reasons tourists come to Antarctica (2)
Media has made people more aware of extreme environments.
26 of 30
Reasons tourists come to Antarctica (3)
There are more flexible patterns of work.
27 of 30
Reasons tourists come to Antarctica (4)
Air travel is more economically viable, and can be booked more conveniently over the internet.
28 of 30
Reasons tourists come to Antarctica (5)
There has been a trend towards ecotourism or adventure tourism.
29 of 30
Reasons tourists come to Antarctica (6)
The threat of climate change and environmental issues means some tourists want to go to locations before they change.
30 of 30

Rural areas that are visited by tourists need to be carefully managed. Balance needs to be maintained between the different interest groups such as local businesses, farmers and conservation groups.

Some paths have been rebuilt or access restricted to reduce the effects on paths and vegetation. 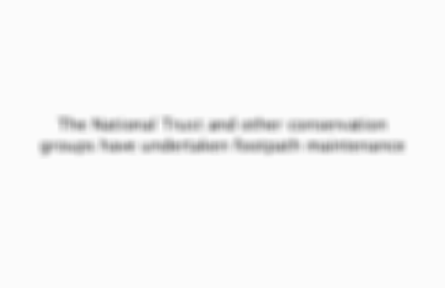 Public transport has been improved and subsidised, for example the 'Langdale Rambler' bus service. Visitors are encouraged to use the buses instead of bringing their cars into the national park. 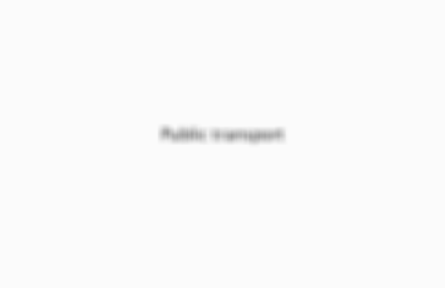 Restricted parking zones have been set up in some villages, for example in Elterwater. The car park on the edge of the village has been expanded and parking on grass verges and near houses has been restricted. 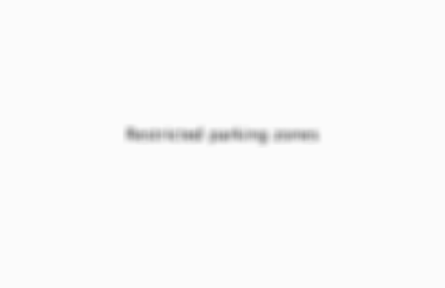