Home > A Level and IB > History > Britian- Political developments 1929-39
Political
Government and power
1 of 49
Parliament
Britian was ran by Houses of Parliament. It's a building where MP's go to pass laws.
2 of 49
House of Commons
Made up of MPs who are elected into Parliament by people over 21. It's a chamber of parliament, the other being Lords.
3 of 49
Members of Parliament
Elected. Pass Laws. Part of House of Commons.
4 of 49
"First pass the post system"
If a politcal party has over 50% of seats they can form government. This means those who get most votes won't necessarily form government.
5 of 49
Coalition government
When two or more parties join together as they have not got 'past the post'. Leads to conflict and disagreements.
6 of 49
Minority government
The largest party in an election who doesnt have overall majority of votescan rule alone. Not many laws will be passed.
7 of 49
Monarch
Royal family - King or Queen
8 of 49
Prime Minister
Leader of government/country. Has overall power.
9 of 49
Cabinet
Decided on the Prime Minister. Member of Parliament (MPs) that rule the country on a day to day basis.
10 of 49
Opposition
Political parties that did not win the election who are fighting against the other parites.
11 of 49
Hereditary peers
House of Lords- Lords who are born into Parliament.
12 of 49
Act/Bill
Laws
13 of 49
Political Parties
Labour/Liberal/Conservatives.
14 of 49
Socialist
Believe that workers should receive help and benefits (Left wing).
15 of 49
Trade Union
Stand up for workers rights.
16 of 49
Economic radicalism
Spending money on public transports to increase jobs and taxes (Lloyd George-Liberals) Seen as werid.
17 of 49
Economic conservatism
Traditional economic ideas e.g making cuts.
18 of 49
Red scare
Fear of communism
19 of 49
Tariffs
A tax on imported goods.
20 of 49
Budget
Only being able to spend a certain amount (no more than you have).
21 of 49
Expenditure
Government spending.
22 of 49
Oration
A formal speech
23 of 49
Gold Standard
Fixed currency values of Gold to pound to keep industrial stability.
24 of 49
Deficit fianancing (relation)
Government borrowing money to boost jobs and economy.
25 of 49
Benefits
Payments from the government to people in need.
26 of 49
Public sector
Work for the government.
27 of 49
"Run on the pound"
Rush to withdraw gold form the British banks.
28 of 49
National Government
A government made up of all political parties.
29 of 49
Give 2 reasons why the Liberals lost the 1929 election?
Lloyd George wanted to use deficit fianancing which was seen as economic radicalism. Lloyd George was also associated with WW1 failures.
30 of 49
Give 2 reasons why the Conservatives lost the 1929 election?
They were unorganised as they had 'no real plan'. They also focused on the red scare but at the time there was no real fear of communism.
31 of 49
Give 2 reasons why Labour won the 1929 election?
Had support of the Trade Unions and workers as they said they would stay away from strikes. They were also seen as respectible because of their recent success in the coalition government.
32 of 49
Name the Prime Minister and Chancellor of the Exchequer from 1929?
Ramsay MacDonald and Phillip Snowden.
33 of 49
What three problems did the government face from 1929?
Unemplyment from the Depression, divisions in government, the gold standard.
34 of 49
Name two members of the government who waned to use deficit financing to balance the budget?
Maynard Keyes and Sir Oswald Mosley.
35 of 49
Give two reasons why there was a run on the pound?
The banks in Austria collapsed causing people to pull money out o f the London banks as they thought that they too were going bankrupt. There was also a Naval Mutiny of British sailors protesting in Scotland.
36 of 49
What was the Cabinet split in the vote on whether to make £78 million in cuts?
11/9
37 of 49
What did MacDonald do on the 23rd August 1931?
Handed in his resignation to the king.
38 of 49
When was the first National Ministry?
Augus-October 1931 (Economic crisis- no time for election so use talents of all members of parties. The King greatly influenced Ramsay to stay and lead this.
39 of 49
Give three reasons why members of the National Government wanted to be part of the National Government from 1931?
Labour: wanted to sill have a say in the government/ didn't want Conservatives to have complete rule. Liberals: thought it was their only opportunity to prove themselves (not likely to be voted in). Tories: hoped it would weaken Lab and blame shared.
40 of 49
Name 3 parties who made up the Opposition from 1931 and their leaders?
Independant Liberals (Loyd George), Mosleys' New Party (Mosley), Labour (Henderson).
41 of 49
Give two reasons why the National Government abandoned the gold standard in 1931?
Because they hadn't been able to balance the budget and there was another run on the pound.
42 of 49
Why was there a general election in October 1931?
Because the economy was recovering again.
43 of 49
What was the result of the October 1931 General Election?
Landslide Victory: Nation Government 554 seats (67% votes) - Conservatives 473 seats. Causes the Second National Ministry.
44 of 49
How long did the 2nd National Minstry last? What main things happened in it?
Nov 1931-June 1935! Tories dominat-11 in cabinet soon 15, Chamberlain replaces Snowden, Mac isolated/illhealth/just foregin affairs, Baldwin did not make NG a tory facade 'aims must be national'.
45 of 49
Give 2 reasons why there was a November 1935 General Election?
Ramsay retired June 1935. the economic depression and emergency was less severe.
46 of 49
What was the result of the November 1935 general election?
National Government 432 sesats (53.7% of votes). Causes the thrid national ministry.
47 of 49
How long did the Third National Ministry last? What things happened in it?
(June 1935-May 1937) Still Tory dominated 338/432. King Edward wanted to marry divorced Wallace Simpson. He's figure head of CoE whos against divorce. Baldwin helps-gives him a choice & avoids public scandal. Baldwin retires May 1937-replaced by NC.
48 of 49
Why was there a Fourth National Ministry? When was it? What happens?
Because Baldwin retires. May 1937-September 1939. Becomes even more right winged due to Chamberlain. In late '30s he had little involvement in domestic issues as international tension arose-WW1, Hitler, Mussolini, Japs.
49 of 49

Britian was ran by Houses of Parliament. It's a building where MP's go to pass laws.

Made up of MPs who are elected into Parliament by people over 21. It's a chamber of parliament, the other being Lords. 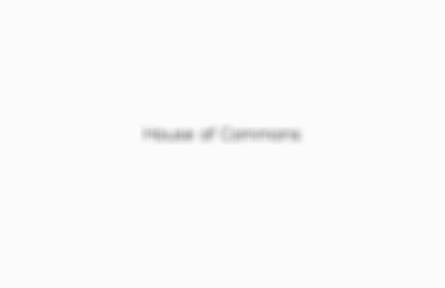 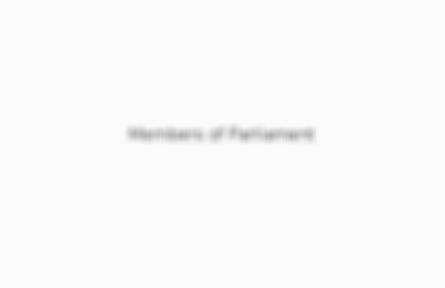 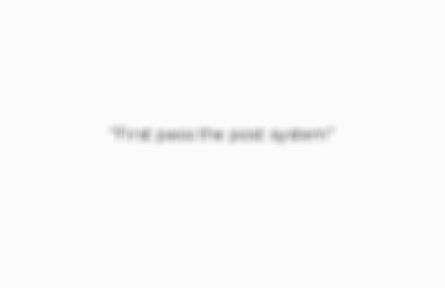