Circuit diagrams are used to show electrical circuits. When there is a complete closed circuit, and electrical current will flow.

Electric current is a flow of charge. In copper wires, the charge is due to negatively charged electrons.

Electric current is measured in amperes (A), using an ammeter connected in series.

The electrons in the circuit are attracted to the positive terminal of the battery, but conventional current flows from positive to negative. 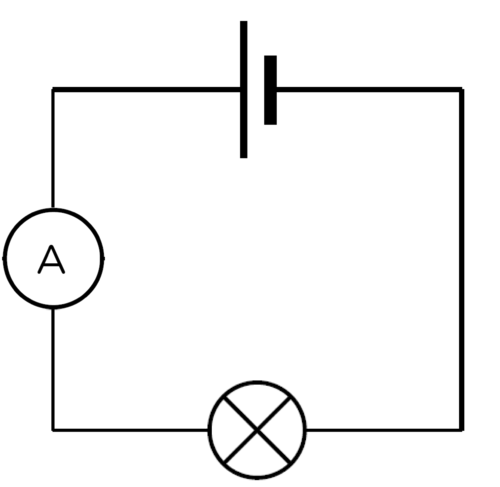 A circuit diagram showing an ammeter connected in a series.

In series circuits, components are connected end to end in a single loop. The current is the same all the way round the series circuit. An ammeter placed at two points will show the same reading.