There are several types of hydrocarbon. This unit deals with naming hydrocarbons and their structure. Alkanes and Alkenes undergo a variety of important reactions, many of which are important processes in the chemical industry.

A hydrocarbon is a substance which contains only hydrogen and carbon. The atoms within a hydrocarbon are held together by covalent bonds.

Methane has a formula CH4.

The extended or full structural formula for methane is,

C2H6 is an easy way of writing the formula for the molecules of ethane. It does not give information about the structure of the molecules.

Methane and ethane are the first two numbers of a series of hydrocarbons called the alkanes.
The alkanes are a subset of the set of hydrocarbons.
Each member of the alkane series has a name which ends in '-ane' and a prefix which indicates the number of carbon atoms in the molecule. 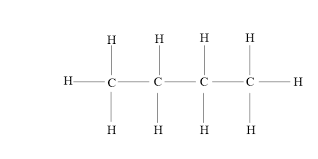 Many of the alkanes are good fuels both as mixtures obtained from fractional distillation of crude oil and as individual compounds.
Methane is used in the home for cooking (Natural Gas). It is also burned in power stations and the energy produced is used to make electricity.
Propane and Butane gases are easily liquified and are used as bottled gas for barbecues.

Hydrocarbons exist where the carbon atoms are joined by a covalent double bond c=c. The simplest one is called ethene. 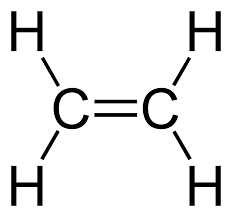 CH2=CH2 --> C2H4.
In the shortened structural formula it is useful to show…

bery helpful and detailed thanks! ;)