Decay is an essential life process, which helps to digest food and recycle materials. Bacteria and fungi are the main groups of decomposer. They release enzymes to break down compounds, so that they can absorb the nutrients. We can preserve our food, for example by freezing or canning, to remove the conditions needed for decay to happen. 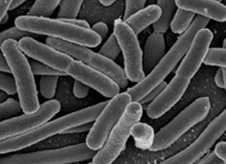 Microorganisms are important for decay

Decay is what happens when dead animals and plants break down. The key factors involved in decay are:

Microorganisms are important in decay. For example, they are used to break down human waste (sewage) and plant waste (compost). Decay recycles important nutrients for plant growth.

The main groups of decomposer organisms are bacteria and fungi. Bacteria are single-celled microscopic organisms. Fungi are often larger organisms that include moulds and mushrooms. They both cause decay by releasing enzymes onto the dead animal or plant. These break down complex compounds into simple soluble ones that can be absorbed by decomposers. Organisms that feed on dead material in this way are called saprophytes.

Decomposers such as bacteria and fungi cause decay at a microscopic level. Other larger organisms, called detritivores, help speed up decay by feeding ondetritus. This is dead and decaying material. They break it down into smaller pieces, so increasing the surface area for the bacteria and fungi. Detritivores include:

The table summarises the effects on the rate…