Development of the model of an atom

Credited with the discovery of the atom. The 'Plum Pudding' model (pudding is positive and the things stuck in the pudding are negative) 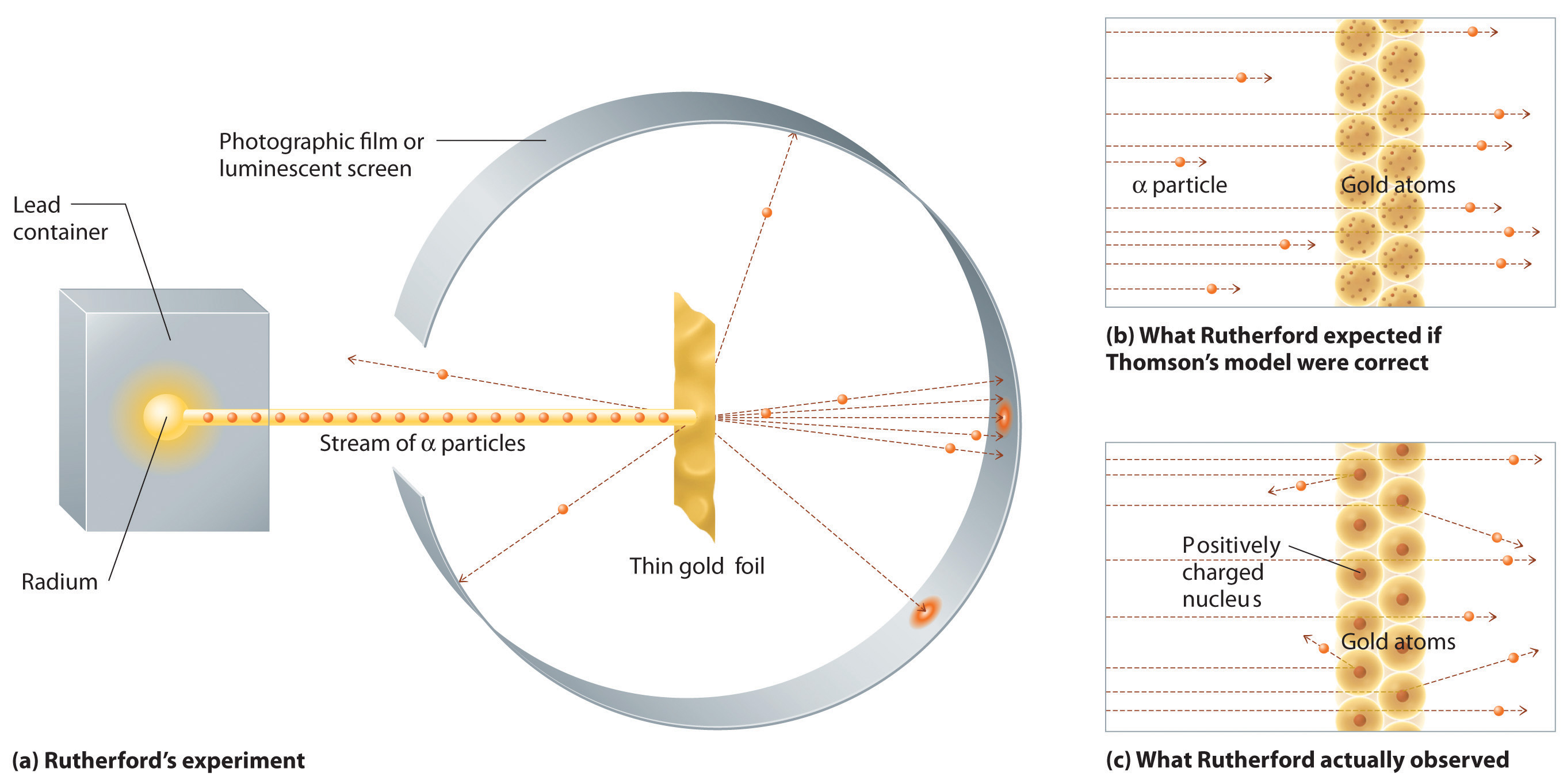 This results in 3 types of nuclear radiation:

1. Alpha Particle (α Particle) - part of the nucleus is ejected.
This means that the nucleus becomes a different element.
The alpha particle is a Helium ion [He]2+

2. Beta Particle (β Particle) - one of the neutrons in the unstable nucleus decays into a proton and an electron, and the electron is ejected --> turns into a beta particle. This again means that the nucleus changes into a different element.
All beta particles are electrons but not all electrons are beta particles.

3. Gamma Radiation (ɣ Radiation) - this is not a particle; it is a photon --> a packet of electromagnetic energy. They are generated when an unstable nucleus loses extra energy.
e.g. during alpha and beta decay.

There are 3 types of nuclear radiation have differing penetration through materials. They can also ionise atoms of the materials they pass through, and this 'ionising power' is dependent on the mass of the particle.

This ionisation process can damage materials and cause changes in living tissue, leading to illness and some forms of cancer.

Alpha particles have the highest mass and the least energy so it doesn't take much to slow them down and stop them.

A radioactive element is one that emits nuclear radiation. Materials are radioactive because the nucleus is unstable. This may be because it has excess energy stored, or too many nucleons (protons and neutrons) for all forces in the nucleus to stay balanced.

Radioactivity occurs naturally as well as being made. Rocks and minerals give off nuclear radiation and even plants can be mildly radioactive because of the nutrients they use.

Alpha vs. Beta vs. Gamma

Alpha and Beta particles are charged and can therefore be deflected by magnetic and electric fields.

Beta Particles have a very small mass and so are deflected most.

Alpha particles are relatively heavy in comparison and so are deflected by a smaller amount.

Gamma Rays have no charge and are unaffected.

Dangers in the body

All forms of nuclear radiation are potentially damaging to the human body. The amount of danger they present depends of the type of radiation and whether the source of the radiation is inside the body.

Although nuclear decay of radioactive element (sometimes called radioisotopes) is a random process, we can make predictions using half-life of an isotope.
The half-life is the time taken for half of an amount of a radioisotope to escape.