Home > GCSE > Religious Studies > Peace and conflcit
The United Nations and world peace
Impose sanctions on those threatening world peace, authorising use of force by member states, sending UN peacekeeping force, ICC (International Criminal Court)
1 of 19
UN and Kosovo
Serbian leader removed Kosovo's self-ruling rights, refugees fled, UN kept Serbian army out, worked to set up political partiesto allow democracy to develop
2 of 19
How religious organisations try to promote world peace
e.g. Pax Christi, Jewish Peace Fellowship - organise meetings on horrors of war, organise protests on war, organise+attend inter-faith conferences, work for acceptance of human rights to remove the causes of war
3 of 19
Why wars occur - Religion
Followers of religion badly treated-other followers invade to protect, majority of country=one religion but area=another, differences within a religion and one attacks the other for having different beliefs
4 of 19
Why wars occur - Nationalism and ethnicity
Belief that seperate ethnic groups should have their own country, minority ethnic groups should be removed from country, artificial countries-tensions between ethnic groups
5 of 19
Why wars occur - Economics
Arguments about resources, natives attack immigrants to protect their jobs
6 of 19
Why wars occur - Ideological and political differences
Differences about ideals or politics, two different political groups fighting each other for power
7 of 19
The nature and importance of the just war theory
Just = cause of war is just, fought by authority of UN, intention of bringing back peace, last resort, reasonable chance of success, methods avoid killing civilians, methods are proportional
8 of 19
Differences among Christians in their attitudes to war(1)
Refuse to fight in wars - Jesus:love your enemies: turn the other cheek, 10 commandments (do not kill), Jesus didn't let Peter fight back, modern warfare affects so many innocent people, so can never be justified
9 of 19
Differences among Christians in their attitudes to war(2)
2. Christians can fight in just wars - teaching of most Churches, St Paul said Christians have to follow orders of the government, Jesus praised faith of Roman Centurion, if we need police force to protect from criminals same for countries
10 of 19
Judaism and attitudes to war
Should fight in just wars - Talmud:war must be fought if God commands it, Mitzvot:Jews must fight when attacked, Tenakh:Israel had to fight wars to preserve independence, Holocaust;what happens if there is no army to defend Jews against attack
11 of 19
Christian attitudes to bullying
Against-agression/violence without just cause-sinful, made in God's image-bullying is mistreating God's creation=wrong, duty of Christians to protect weak+innocent (Parable of Good Samaritan);bullies =opposite,Christian Churches;B denies human rights
12 of 19
Judaism and attitudes to bullying
Against all bullying - Jewish society-based on respect between members of society, violence without cause=sinful, made in God's image, duty of Jews to protect weak;bullying opposite, defend human rights/defies
13 of 19
Religious conflicts within families- Children no longer wanting to take part in parents religion
Religions tell parents to bring up children in faith, children may become immoral, not see children in after-life
14 of 19
Religious conflicts within families- Children wanting to marry a partner from a different faith
No religious wedding ceremony, which religion for children, feeling of betrayal
15 of 19
Religious conflicts within families- Children becoming more religious than their parents
Child wants low paid job (priest, charity worker etc.) or joins religious community and cannot marry, child criticises parents, child tries to force parents to be more religious
16 of 19
Religious conflicts within families- Disagreement over moral issues
Catholic/Sikh decides to divorce and re-marry, couple cohabitate instead of marrying, family member has an abortion
17 of 19
Christian teachings on forgiveness and reconciliation
Believe in forgiveness and reconciliation - Jesus died on cross for F+R, Jesus said if we don't forgive others we won't be forgiven, St Paul said Christians should try to live in peace with everyone, Churches teach to use F+R to end conflicts
18 of 19
Judaism teachings on forgiveness and reconciliation
Be forgiving and try to bring reconciliation - Tenakh teaches God forgives those who repent, Tenakh-Jews should forgive those who wrong them, Rabbis encourage to forgive, Jews should forgive wronged on deathbed so God will forgive sins
19 of 19

Followers of religion badly treated-other followers invade to protect, majority of country=one religion but area=another, differences within a religion and one attacks the other for having different beliefs 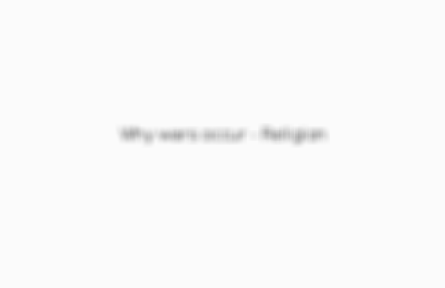 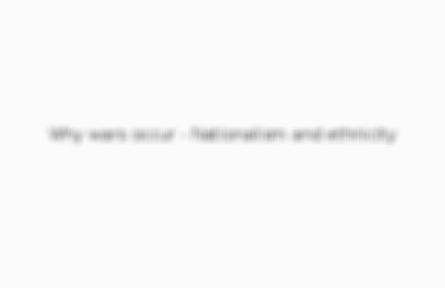