Home > A Level and IB > English Literature > Literary Periods
Renaissance Period- Key Characteristics
Classic Antiquity, Humanism, Poltical and Religious Reform, Imitation
1 of 30
Renaissance Period- Historical Context
A re-discovery of Greek and Roman literature across Europe- Led to the development of the Humanist movement. It was a period of economic flux in Europe. Invention of the printing press created on increased demand in literature
2 of 30
Renaissance Period- How might love be presented?
Ideas featured in Greek or Roman Literature would be featured, such as characters. Hierarchy would be very much a part of the relationship between man and wife. Humanists resurrected the ancient, philosophical platonic notions of ideal vs earthly lov
3 of 30
Renaissance Period- Dates
1500-1670
4 of 30
Romantic Period-Dates
1798-1870
5 of 30
Romantic Period- Key Characteristics
Love and Nature, Emotions vs Rationality, Artist-the Creator, Nationalism, Exoticism, Supernatural
6 of 30
Romantic Period- Historical Context
Emerged as a reaction to the period of Enlightenment. Pioneers of the movement wanted to break away from the conventions of the Age of Enlightenment and make way for indivituality and experimentation. Came from the inspiration of the French Revolutio
7 of 30
Romantic Period- How might love be presented?
Focus more on emotions within love rather than rational thinking. Emphasis on nature and love associated. Language would be simple and easily understood by the masses. Love would be presented as being exotic. Love closely associated with the supernat
8 of 30
Victorian Period- Dates
1837-1901
9 of 30
Victorian Period- Key Characteristics
Literature tends to come closer to daily life. Moral purpose. Idealism, age of doubt and pessimism. Idealistic Age of truth, justice, love and brotherhood.
10 of 30
Victorian Period- Key Forms of Literature
Poems, Essays, Newspapers, Serial Novels.
11 of 30
Victorian Period- Historical Context
The Reform Bill of 1832, Rise of the middle class. Emphasis on public rectitude and moral propriety. 19th century often considered high-point of literature. Books, particularly novels became universal.
12 of 30
Victorian Period- How might love be presented in Novels?
The Novel- Realistic, thickly plotted, crowded with characters, and long. Describe contemporary life and entertain the middle classes.
13 of 30
Victorian Period- How might love be presented in Poems?
Even though romance was the subject, poetry was tempered by personal melancholy. Mixture of social convention and religious doubt. Pre-Raphaelites- simple, natural values and techniques.
14 of 30
Naturalism - Dates
1870-1920
15 of 30
Naturalism- Key Characteristics
The environment, especially social environment played a large part in how the narrative developed. Inner Workings of the character were important. People were fated by their surroundings. Determinism. Twist at the end of the story.
16 of 30
Naturalism- Historical Context.
Found expression almost exclusively within the novel. Naturalism wanted to go further than Realism by identifying underlyign causes for a person's actions or beliefs. Hereditary and Environmental infleunces were unavoidable determinents of fate- Darw
17 of 30
Modernism- Dates
1910-1965
18 of 30
Modernism- Key Characteristics
Individualism, Experimentation, Absurdity, Symbolism, Formalism
19 of 30
Modernism- Historical Context
Marked by sudden and unexpected breaks with traditional ways of interacting with the world. Set in motion by cultural shocks WWI&II. Care little for nature, being or overarching structures. Instability. Education reforms- more demand on literature.
20 of 30
Beat Generation- Dates
1945-1965
21 of 30
Beat Generation- Key Characteristics
Interest in personal relationship. Expressing sadness due to the fade of love and passion. Discovering bond between "the boys", flirting with politics, sex, drugs and dreams. Dedication to restlessness. Impulsiveness. No perfection in style.
22 of 30
Beat Generation- Historical Context
Infleunce and cultural dominance even though small. Rejection of the recieved standards. Explicit portayals of the human condition. Breakdown wall of censorship.
23 of 30
Beat Generation- What was it all about?
Primary authors involved in leadign a cultural revolution that extended way beyond producing literature. Authors fought for sexual liberation, drug addictions, buddhaism etc. Fighting for revolutionary values. Many Beat authors cited the Romantics.
24 of 30
Bloomsbury Group- Dates
1903-1964
25 of 30
Bloomsbury- Context
Maintained allegiance to their mutual philosophy of an ideal society. Many of the members were leaders of anti-war movement and outspoken on social issues. Virginia Woolf defacto leader.
26 of 30
Bloomsbury Group- Key Characteristics
Formed a bridge between Victorians and moderns. Main aim was to re-shape the world with world peace, human progress, ethically. Out of step with the English Society.
27 of 30
Post-Modernism- Date
1945-Today
28 of 30
Post-Modernism - Key Characteristics
Reliance on narrative techniques- Fragmentation, Paradox. Unreliable narrator. Don't want to give a set idea about love. Various interpretations. Response against Enlightenment thinking. Avoids drawing conclusions. Human experience is fragmented, uns
29 of 30
Post-Modernism- Context
Emerged during the post-World War II period. As a whole it tends to resist definition or classification as a movement. Various modes of critical theory, reader-response and deconstuctionist approaches. Tend to celebrate chance over craft. More realis
30 of 30

A re-discovery of Greek and Roman literature across Europe- Led to the development of the Humanist movement. It was a period of economic flux in Europe. Invention of the printing press created on increased demand in literature

Ideas featured in Greek or Roman Literature would be featured, such as characters. Hierarchy would be very much a part of the relationship between man and wife. Humanists resurrected the ancient, philosophical platonic notions of ideal vs earthly lov 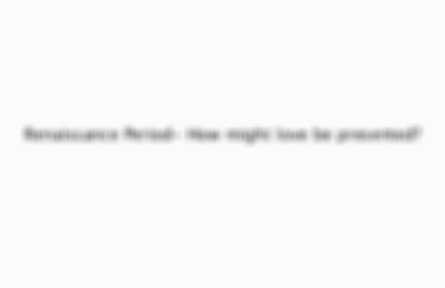 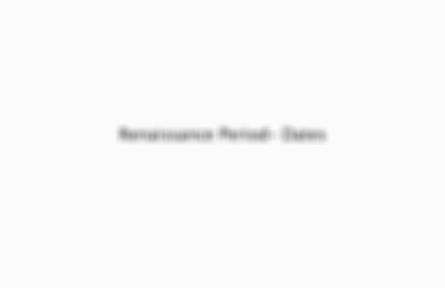 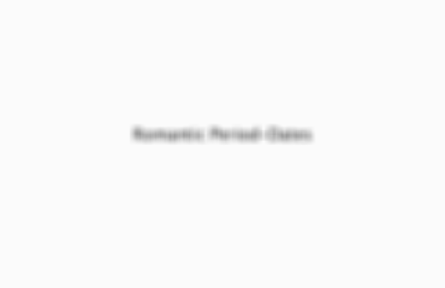