Home > A Level and IB > English Language > Language variation and discourses: Key terms
What percentage of the population have a regionless accent?
2 - 5%
1 of 32
What percentage of the population speak in Standard English?
12 - 15%
2 of 32
Received pronounciation
the accent which has the highest status in England
3 of 32
Estuary English
A cross between RP and Cockney (the working class dialect spoken in the East End of London) - coined in the 1980s to refer to the way in which English was spoken in London and in the surrounding South Eastern counties, especially Essex and Kent
4 of 32
EE: Glottal stop
Replacing consonant at the ends and in the middle of words (usually 't's) with a stop in the throat, eg. 'Ga'wick Airpor''
5 of 32
EE: Altered negatives
use of 'never' to refer to a single occasion, eg. 'I never did'
6 of 32
EE: Tag questions
used in a confrontational manner, eg. I said I was going, didn't I'
7 of 32
EE: Dropping 'ly'
off the end of adverbs
8 of 32
Reasons why Estuary English spread across the country:
Because of commuting: no. of business people travelling daily to and from London increasing, Because of the media: TV and radio personalities with Estuary accents, Because of social change: movement in the middle classes away from RP - lost prestige
9 of 32
Overt prestige
Status that is publically acknowledged
10 of 32
Covert prestige
Status gained from peer group recognition rather than public acknowledgement
11 of 32
Isogloss
A geographic boundary indicating where certain items of language are used
12 of 32
Dialect levelling
The way in which dialect terms have been dropping out of use
13 of 32
Assimilation
The pronunciation of one phoneme is affected by an adjacent phoneme: 'don't you' is usually pronounced 'donchu' in natural speech
14 of 32
Omission
Sounds that aren't pronounced in words, often the final consonant, eg. 'hangin'
15 of 32
Eye dialect
A way of spelling words that suggests a regional or social way of talking
16 of 32
Social mobility
The phrase used to describe a person's move from one social class to another
17 of 32
Code switching
the ability of multi-lingual people to switch between different accents
18 of 32
Dipthong
two letters used together to create a sound eg. 'th'. In 'think' the dipthong 'th' is often pronounced as 'f' - this tends to be more idiosyncratic rather than dialectal
19 of 32
Lexical variable
two different ways of saying something
20 of 32
Linguistic accommodation
when speakers accent and dialect becomes more like the people they are with
21 of 32
Hierarchial geographic diffusion
the process by which dialectal features travel down from an urban center to a smaller town
22 of 32
Prescriptive attitude towards language
Features of language are absolutely right or wrong, regardless of context or usage.
23 of 32
Descriptive approach to language
Belief that language is neither good or bad, but rather what is appropriate for the context.
24 of 32
The incorrectness view
All accents are incorrect compared to Standard English and the accent of RP. RP became the standard because it had social prestige, rather than being more correct than any other variety.
25 of 32
The ugliness view
Some accents don't sound nice. This seems to be linked to stereotypes and negative social connotations.
26 of 32
The impreciseness view
Some accents are described as 'lazy', such as Estuary English, where sounds are omitted or changed.
27 of 32
Prepositions
Vary regionally: eg. dialect speakers in the south-west say 'where's he to?', and Yorkshire dialect speakers say 'while' to replace 'until' ('ten while twelve')
28 of 32
Pronouns
Variations in personal pronouns: eg.Liverpool there is a plural of 'yous'
29 of 32
The verb 'to be'
'to be' is irregular, with 'was' used in first and third person singular, and 'were' everywhere else: Cockney's use 'was' throughout (eg. 'we was'), and some Northerners use 'were' throughout (eg. 'I were'), speakers of south west use 'be' throughout
30 of 32
Other verb forms
Dialects tend to simplify some systems: adding an 's' on all present tense verb endings, eg. 'so I gets out the car and I says'
31 of 32
Determiners
Standard English uses the determiner 'those' in expressions such as 'look at those people', where regional dialects sometimes have 'them'
32 of 32

What percentage of the population speak in Standard English?

the accent which has the highest status in England 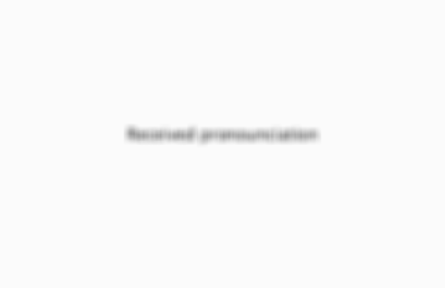 A cross between RP and Cockney (the working class dialect spoken in the East End of London) - coined in the 1980s to refer to the way in which English was spoken in London and in the surrounding South Eastern counties, especially Essex and Kent 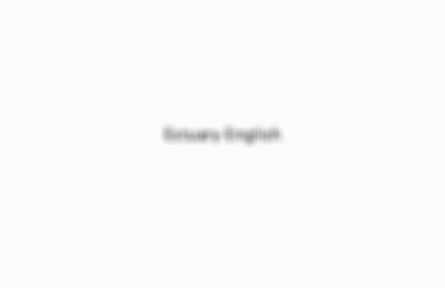 Replacing consonant at the ends and in the middle of words (usually 't's) with a stop in the throat, eg. 'Ga'wick Airpor'' 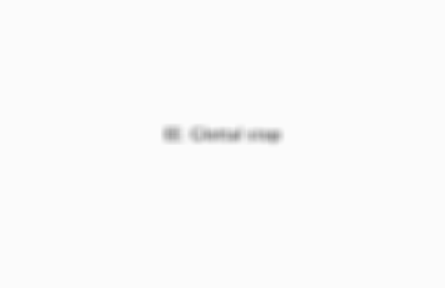