Home > GCSE > History > History
What were the 3 main decisions made at Yalta
Free elections were to be held in Europe, The creation of the United Nations, Germany would be split into four
1 of 23
What were the main changes made at Potsdam
New leaders; Atlee and Truman , The USSR expanded westwards ignoring the free elections
2 of 23
What is NATO
A military alliance organisation
3 of 23
What was going to be discussed at the Paris Summit Meeting + When was it?
May 1960. A ban on testing nuclear weapons, A peace treaty between Germany and the USSR, Ending disagreement about Berlin
4 of 23
What were the effects of the Berlin Wall?
People can't leave, families separated, impossible to move supplies across the city, people lost there jobs, 200 were shot whilst trying to escape, city economy suffered
5 of 23
What was the Carter Doctrine?
President Carters warning to outside powers to not try and gain control of the Persian Gulf
6 of 23
What were the GLASNOST policies (Freedom and Openness)
Thousands of political prisoners were released, people were told about the violence Stalin committed, Free speech was allowed, military conscription was soon to be abolished
7 of 23
What were the PERESTROIKA policies ( Economic Reconstructing)
Changing economic policies to allow competition > Pay for themselves not through government money + A cut back from global commitment
8 of 23
Why did the USA intervene in the Iraq invasion of Kuwait?
Role as global policeman // Terrorism // Lots of oil in Kuwait
9 of 23
Why did the USA intervene in the Kosovo war?
Wanted to promote democracy // Keep friendly relations with the western middle east countries (Trade) // To protect human rights // To strengthen western influence
10 of 23
What were the successes of the UN in Kosovo?
Set up 2 states in Bosnia // They supported NATO // Prosecuted Milosevic for his war crimes // Provided humanitarian aid and safe zones
11 of 23
What were the failures of the UN in Kosovo?
Couldn't provide military action because Russia+China vetoed // Thousands of refugees are still too scared to return home // UMNIK is said to be corrupt
12 of 23
What were the successes of the UN in Kuwait
Rapid response to the invasion // Managed to eventually get the Iraq troops out of Kuwait
13 of 23
What were the failures of the UN in Kosovo
They were ignored by Saddam more than once // They were unable to prevent conflict // Failed to give humanitarian aid due to resistance
14 of 23
Effects of the Marshall Plan
Morale boost // Supplies, equipment, money and medicine were provided // Americans were seen as friends by the West // Made Stalin feel threatened as the East wanted to be like the West // $17 billion was given // Standards of living rose
15 of 23
Why did the Berlin Airlift develop the Cold War?
Stalin was being aggressive // Truman doctrine in action // If Stalin had shot a plane down a war could have started // USA felt threatened and betrayed
16 of 23
What were the causes for the Hungarian Uprising
The Hungarians hated Russian control // Censorship and lack of freedom // The Hungarians were religious and the Russians banned religion // The Hungarians thought that the UN or USA would help them
17 of 23
When was the Prague Spring?
1968
18 of 23
What was the Prague Spring?
Czechs new leader Ducek reduced state of control and allowed freedom of speech.
19 of 23
What were the causes of Detente
America wanted to stay out of World Affairs // The arms + space race were too expensive to carry on // Both countries experienced economic problems
20 of 23
Why did the USSR invade Afghanistan
Preservation of the communist government there // There were 30 millions Muslims in the USSR who could be encouraged to rebel if another Muslim state was set up in Afghan // Expand influence in Asia // Put pressure on oil supple
21 of 23
What were Raegans policies
Increased Military spendings // "Tear down this wall speech" // Launched stars wars technology // Cruises missiles were installed in Europe
22 of 23
What were the main factors of the End of the Cold war
The collapse of the Berlin wall = End of the Iron Curtain // Gorbachevs reforms // The leaders of the two super powers announced the end of the cold war at the Malta // Iceland Summit meeting = Decrease in military spending
23 of 23

What were the main changes made at Potsdam 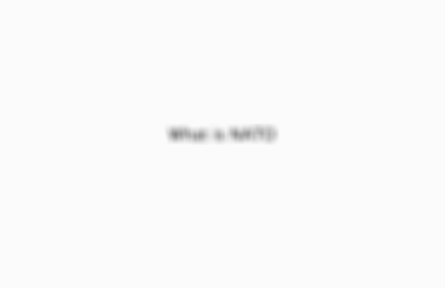 May 1960. A ban on testing nuclear weapons, A peace treaty between Germany and the USSR, Ending disagreement about Berlin 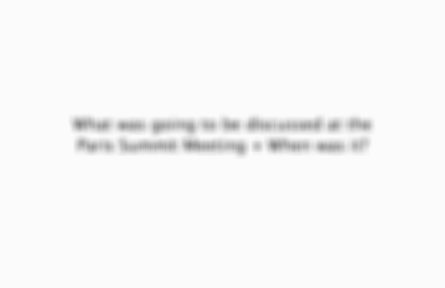 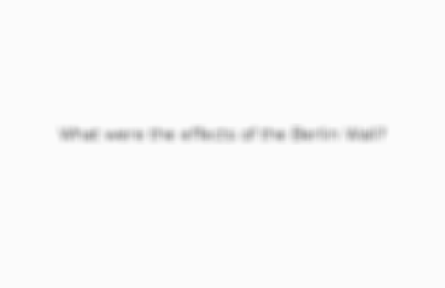