Home > A Level and IB > Government & Politics > Explain the political impact of Affirmative Action since it's introduction (2016)
Initially there was support for Bi-partisan support for Affirmative Action programs
Both Presidents Johnson and Nixon oversaw their introduction
1 of 6
Since the 1970's it has contributed to Party Polarisation: (Republican party)
The Republican party has been hostile to affirmative action and the Reagan administration in particular actively sought to undermine it; since Johnson presidency, the Democratic party has been consistently sympathetic to affirmative action
2 of 6
It has caused problems for both parties in recent years:
Democratic support and Republican support has become more muted recently as they seek to avoid antagonising key constituencies, with the result that in recent years Affirmative Action has largely disappeared from political campaigns.
3 of 6
AA is one of the things that caused Reagan Democrats:
The defection of Democrats to the Republican party in the 1980s
4 of 6
It has Given rise too state-level resistant movements
There have been a series of referendums banning it's use
5 of 6
The S.C has...
Narrowed it's scheme's adding to it's reputation for controversy
6 of 6

Since the 1970's it has contributed to Party Polarisation: (Republican party)

It has caused problems for both parties in recent years: 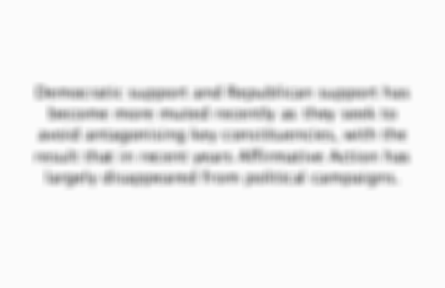 AA is one of the things that caused Reagan Democrats: 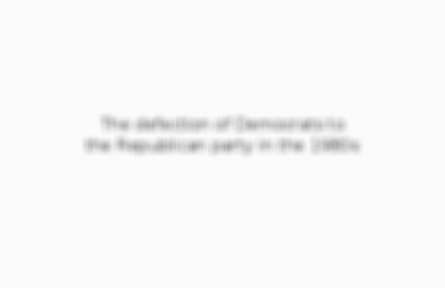 It has Given rise too state-level resistant movements 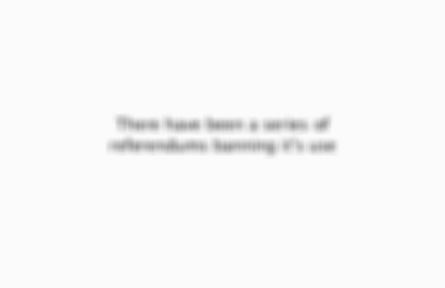