Home > All Levels > Computing > What is a VPN (Virtual Private Network) and How Does It Work?
Fullscreen

A virtual private network (VPN) is programming that creates a safe, encrypted connection over a less secure network, such as the public internet. A VPN uses tunneling protocols to encrypt data at the sending end and decrypt it at the receiving end. To provide additional security, the originating and receiving network addresses are also encrypted. 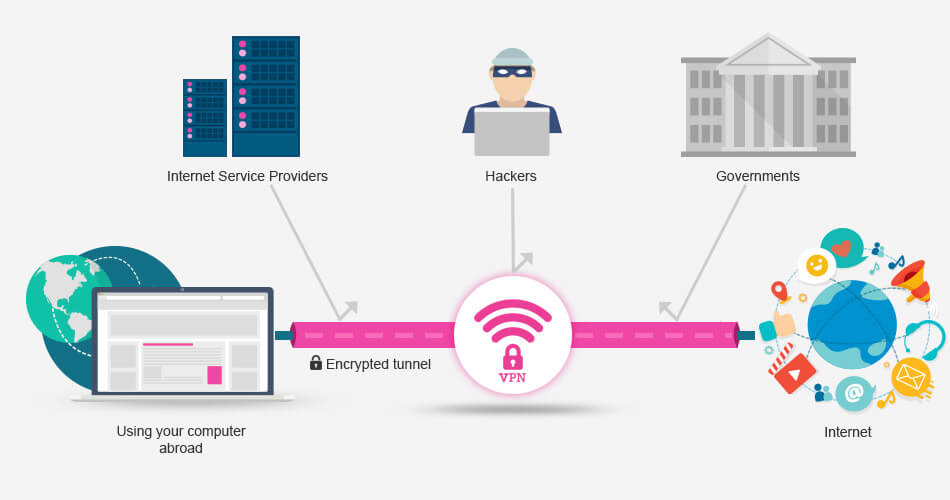 VPNs are used to provide remote corporate employees, gig economy freelance workers and business travelers with access to software applications hosted on proprietary networks. To gain access to a restricted resource through a VPN, the user must be authorized to use the VPN app and provide one or more authentication factors, such as a password, security token or biometric data.

VPN apps are often used by individuals who want to protect data transmissions on their mobile devices or visit web sites that are geographically restricted. Secure access to an isolated network or website through a mobile VPN should not be confused with private browsing, however. Private browsing does not involve encryption; it is simply an optional browser setting that prevents identifiable user data, such as cookies, from being collected and forwarded to a third-party server.

How a VPN works

At its most basic level, VPN tunneling creates a point-to-point connection that cannot be accessed by unauthorized users. To actually create the VPN tunnel, the endpoint device needs to be running a VPN client (software application) locally or in the cloud. The VPN client runs in the background and is not noticeable to the end user unless there are performance issues.

The performance of a VPN can be affected by a variety of factors, among them the speed of users' internet connections, the types of protocols an internet service provider may use and the type of encryption the VPN uses. In the enterprise, performance can also be affected by poor quality of service (QoS) outside the control of an organization's information technology (IT) department.

VPN protocols ensure an appropriate level of security to connected systems when the underlying network infrastructure alone cannot provide it. There are several different protocols used to secure and encrypt users and corporate data. They include:

Network administrators have several options when it comes to deploying a VPN. They include:

Remote access VPN clients connect to a VPN gateway server on the organization's network. The gateway requires the device to authenticate its identity before granting access to internal network resources such as file servers,…