There are three main types of chemical bonds:

Ionic compounds are only formed of metals bonded with non-metals

They are made of ions (atoms which have donated or gained an electron/s giving them a positive or negative charge) for example: Many of these positive and negative ions strongly attract one another to form a giant crystal lattice structure. 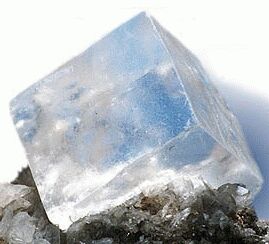 These strong intramolecular bonds and the giant structure determine the properties of ionic compounds.

PROPERTIES OF AN IONIC COMPOUND

-  High conductivity (ONLY IN LIQUID FORM)

The ionic lattices can be dissolved in polar solvents such as H2O as the polar molecule as the slightly positive hydrogen parts of the water molecules attract the negative ions from the structure and the same goes for the slightly negative oxygen part of the water with the positive ions - this pulls the ions apart from the lattice and to dissolve into the water.

Where atoms share outer electrons to sustain a full outer shell. Convalent bonding only happens between non-metals and can either form a giant or simple structure, this structure determines the properties of the molecule.

Molecules with a simple convalent structure:

These are substances such as H2O and CO2 which are made of simple molecules.

These molecules have strong intramolecular bonds holding the atoms together but weak intermolecular forces, altering it's properties.

This is because Van der waals forces begin to form between the solvent and the molecules which weaken the lattice structure, causing it to dissolve.

These form when many of the same atoms are convalently joined to make giant structures rather than small groups. For example:

Strong convalent bonds hold the structure together, therefore alot of energy is required to overcome them

- Insoluable in polar and non-polar…

wow this is really good for solidifying my knowledge