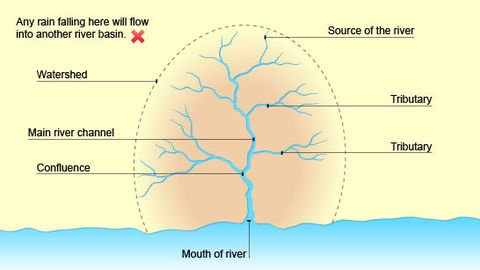 How much load the river transports, deposits or how much erosion takes place is dependant on the river's energy which depends on 2 things:

The energy is used in 3 ways:

The rate of erosion and transportation increases with energy. When energy falls, deposition occurs.

Erosion is the removal of sediment from the bed and banks of a river.