Home > A Level and IB > Physics > WAVES -Notes and Revsion

Dispersion- When White light enters a prism, the colours are split depending of the wavelength

Intensity is proportinal to amplitude^2

The energy is transferred by ocillations vibration

ELECTRONIC WAVES:Waves that are trasferred by electrical and Magnetic fields- no material needed

WHAT ARE POLARISED WAVES?

How do 3D glasses work?

Oscillations Occur at right angles perpendicular to the direction of travel- eg, EM waves, waves on a String /Wire

Reflection - Waves will bounce off a surface under certain conditions-e.g shiny surfaces for EM waves 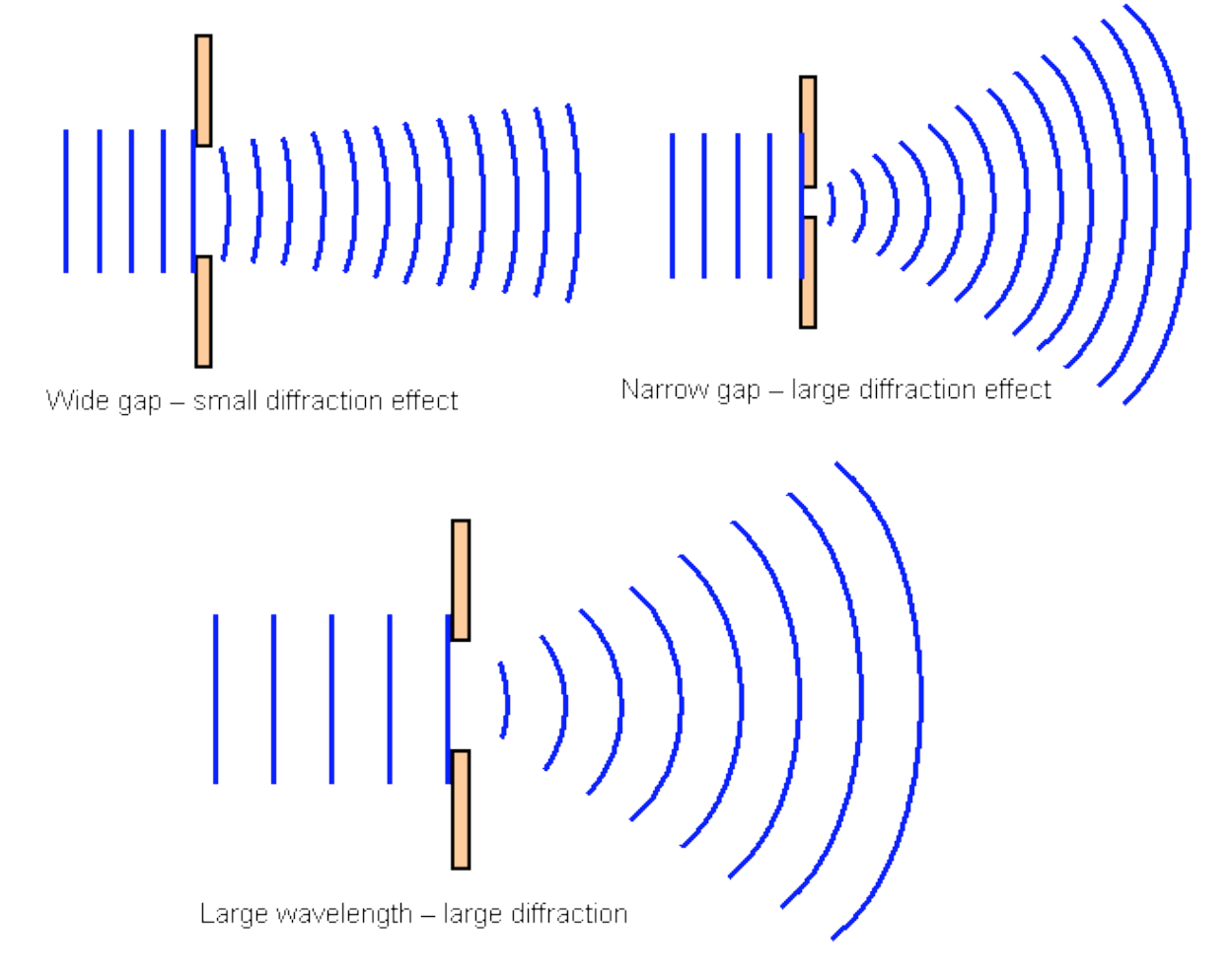 Depending on the gap and the wavelength of the wave, will affect the effect of diffraction on the wave. 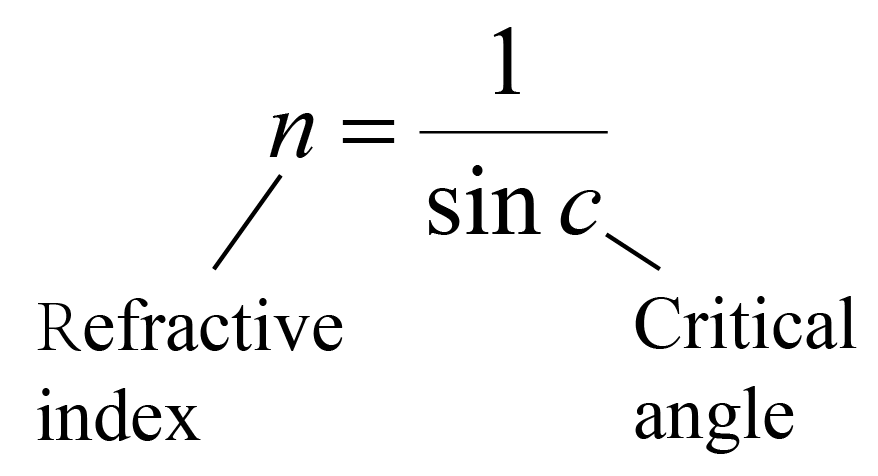 Fibre Optics - Used in communication- critical angle has to be low to allow as much as light as possible to be internally reflected, this means that the refractuve index has to be high

Phase Difference- Phase difference means waves have the same frequency but different oscillations to each other.

'ANTI-PHASE' - waves start opposite to each other; e.g 1st wave is (x) behind the 2nd wave

The principle of superposition may be applied to waves whenever two (or more) waves travelling through the same medium at the same time. The waves pass through each other without being disturbed. The net displacement of the medium at any point in space or time, is simply the sum of the individual wave displacements.

At any point they meet, trhe two waves will combine to give a resultant wave whose amplitude (intensity) may be greater or less than the original two waves.

THIS IS CALLED THE PRINCIPLE OF SUPERPOSITION

Constructive Interference- when 2 crests/troughs of two waves coincide, they combine to create an amplified wave, the 2 waves are inphase with each other  - there is ZERO phase diffrence between them.

Destructive Interference - When crests of 1 wave are aligned with the trough of another, they cancel each other out. The waves are out of phase (anti-phase) with each other - they are 1/2 a cycle different from eachother.

Displacement The distance from the equilibrium position

Wavelength The distance between 2 idetnical points on a wave train

Amplitude Maximun Dispalcement of a particle

Frequency Amount of Complete waves passing a point in 1 second

Period The time taken for 1 wave to pass a point

Peak/Trough Highest and lowest point in a wave 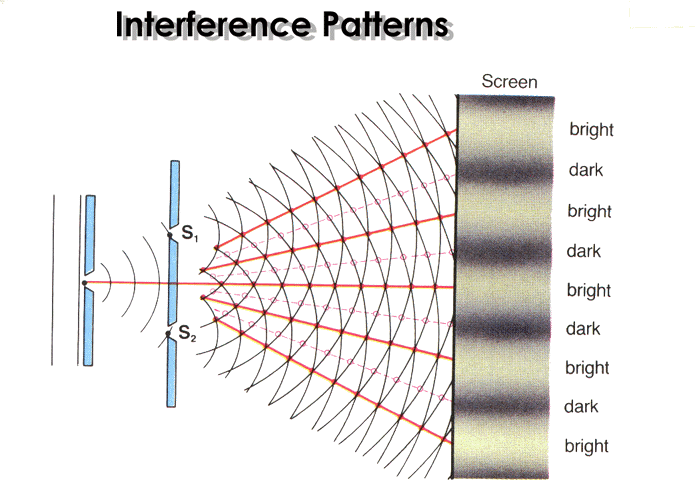 Path Difference - Difference in distance between 2 sources and the screen 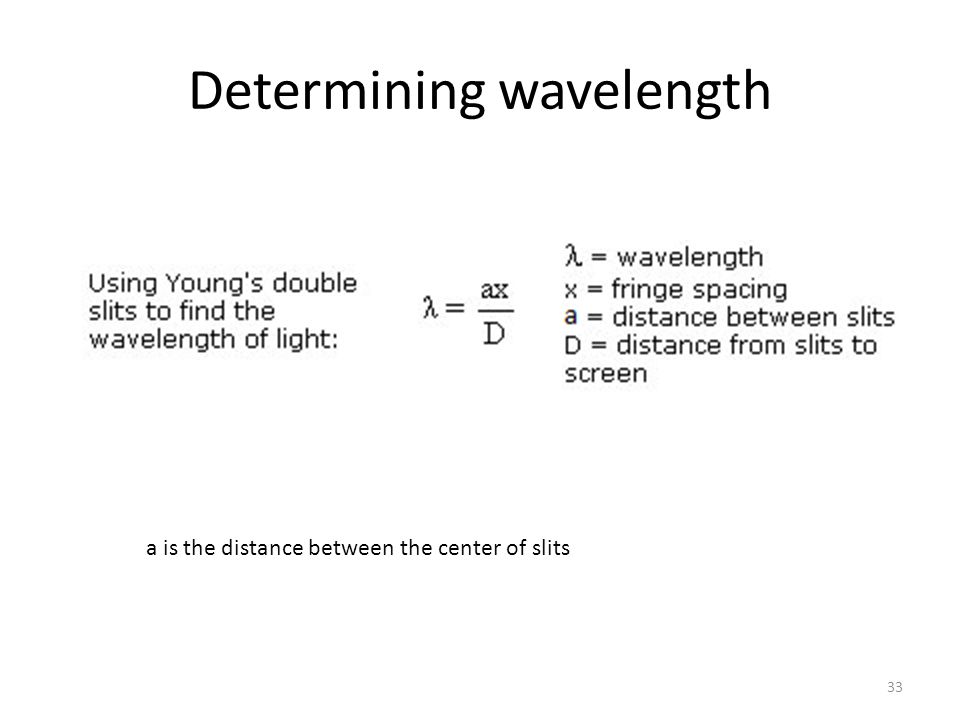