Difference Between Weather and Climate

Front - A boundary between cold and warm air

Warm Front - A boundary with cold air ahead of warm air

Cold Front - A boundary with warm air ahead of cold air

The Passing Of a Depression

The Passing Of a Depression

Anticyclones are the opposite to depressions in most ways.

The Passing Of an Anticyclone

The Passing Of an Anticyclone

In Winter, clear skies may bring cold nights and frost

What Happened?
A small village in Cornwall was hit by a thunderstorm
About 200mm of rain fell in 24hrs
Steep sided valley slopes and intense rainfall made the River Valency burts its banks

Responses -
Traffic Light System to warn people about approaching extreme weather, early warnings of severe extreme weather, some modifications were made to the stream and the bridge, a flash warning is issued when confidence is over 80% on an extreme event happening within the next few hours.

Assessing the Evidence for Global Warming 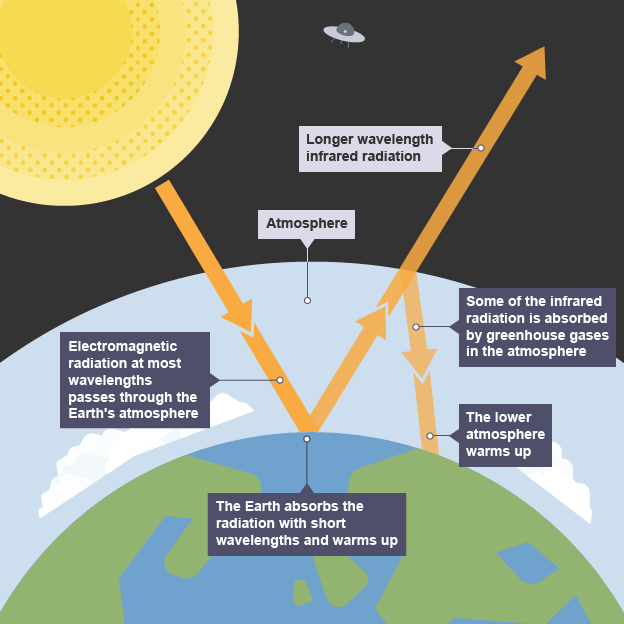 The Possible Effects of Global Warming

Hurricane -  A powerful tropical storm with sustained winds of over 75mph

Track -  The path / course of the hurricane

Hurricanes need a lot of heat to form and a sea temperature of at least 26 degrees celcius, this is why they usually occur over tropical seas. They also need to be between 5 and 20 degrees north or south of the equator.

Identification and burial of the dead, treating the injured

Rebuilding of the homes, reclaiming farmland

Most people had no idea that the cyclone was approaching