A moment is a force that causes turning around a point or fulcrum.

'Moments' can be used to create apparently larger turning forces by increasing the perpendicular distance between the effort and the fulcrum. What is actually happening is a larger moment is created from the same effort.

When the force is applied at an angle, other than right angles to the distance of the point, the effort is lessened.

Principal of the lever 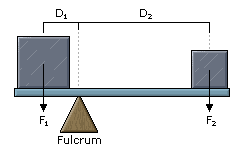 Moments either side of the fulcrum are EQUAL

The lever is often referred to as a FORCE MULTIPLYER.

Sometimes the fulcrum is not between the forces causing the moments.

BUT the same rule applies:

The centre of mass of an object is the point at which its weight appears to act.

For a symmetrical shape it is at the geometric centre.

If you apply a force through the centre of mass, it produces no moment.

For unusual shapes we can find the centre of mass in a variety of ways...

If we suspend an object, its Centre of Mass will be directly below the point of suspension. But for objects too large or awkward to suspend, we can tip them about a point on their base or edge. When the object is just balanced before tipping over the Centre of Mass is directly above the fulcrum.

An object is stable if the line of action of its Centre of Mass falls inside its base.

For a suspended object, it will be stable if its Centre of Mass is able to hang directly underneath the point of suspension.

There are two basic ways to increase stability:

1. Move the Centre of Mass down, i.e. closer to its base

2. Increase the area of the base

Finding the footprint or the base of an object

The base of an object is the area between all the points on which the object touches the ground or could balance on or pivot around.

When an object is unstable, there is a resultant moment around the point/edge the object is tipped on.

Pressure is defined as the force per unit area.

For liquids:
1. They are incompressible
2. This means they transmit force very effectively
3. The pressure is the same in all direction
4. Pressure increases with depth

Because of these properties, we can use liquids to transmit forces from place to place, and change the size of the force. This is the basic principal of HYDROLICS.

Hydraulic systems are also referred to as force multipliers.

Acceleration is a change in direction and/or speed. Normally we focus on straight line motion, but in nature circular motion is common. 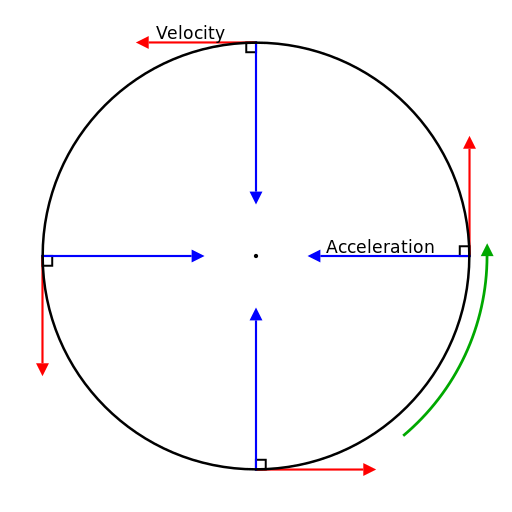 Inertia is the tendency of an object to move in a straight line at the same speed.

Speed of objects moving in circles. For one revolution, distance travelled is pi*d

In an experiment, we might record the time for 20 revolutions then divide total time by 20 for a more accurate time measurement.

A pendulum consists of a mass suspended below a pivot. Its motion can be described as oscillating around an equilibrium position.

B is the Equilibrium position. A and C are unstable and have lots of gravitational potential energy. O is the pivot.

The pendulum will try to return to the equilibrium.

to affect a pendulums time period.