The centre of our solar system is the sun, a star.

The eight planets in our solar system are spherical and have nearly circular orbits around the sun.

The four planets closest to the sun are solid rock, the four outer planets are gas giants.

Each planet may have a number of moons in near circular orbit around it.

Asteroids: Irregular lumps of rock, mostly in near-circular orbit between Mars and Jupiter.

Comets: Small objects made of rock and ice, with elongated orbits around the sun.

Dwarf planets: Such as pluto, small spherical lumps of rock in orbit around the sun. 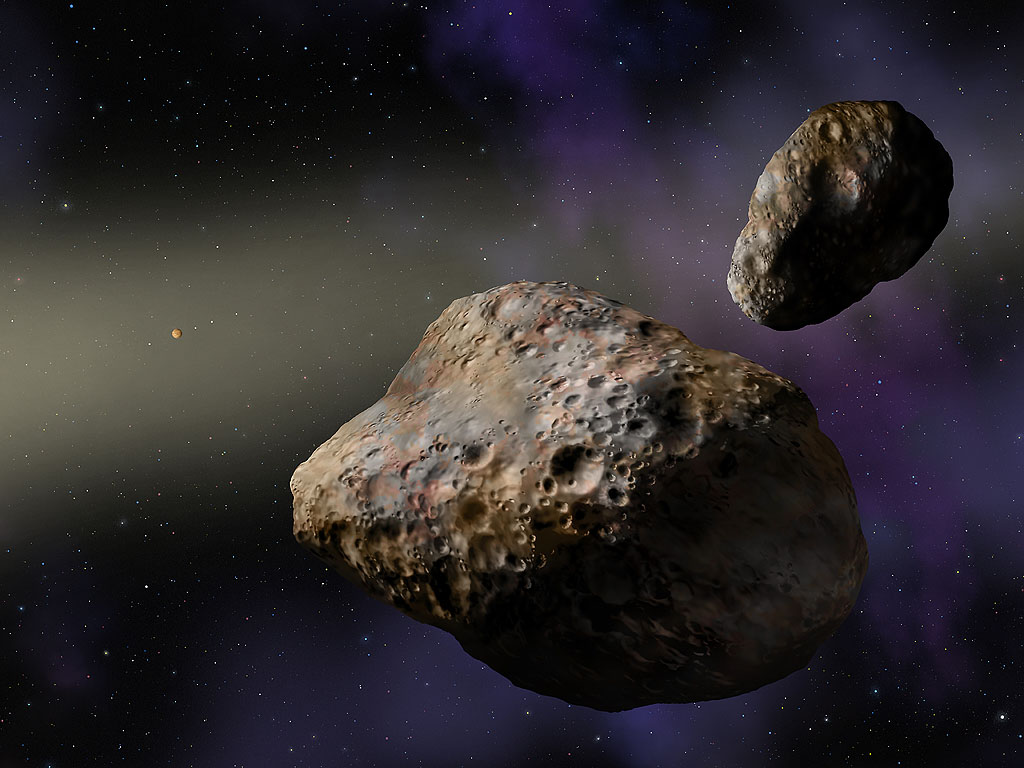 Nearly all of the solar systems mass is in the sun.

The universe: distances and sizes

There are thousands of millions of stars in the Milky Way.

The Milky Way is one of the thousands of millions of galaxies which make up the Universe.

Distances to objects outside the solar system is measured in light years. A light year is the distance light travels in a year.

Light takes a long time to reach us from the stars. We can only observe what stars were like in the past when light left them.

All the evidence from distant stars and galaxies comes from the radiation which astronomers can detect.

Telescopes in space take measurements without distortions from the Earths atmophere.

As the Earth orbits the sun, nearby stars move slightly against the fixed background of distant stars. This is called the parallax effect. Although small it can be used to find the distance of a star.

Only stars nearby have a parallax effect which is large enough to be measured.

Fusion of elements in stars

The suns energy comes from hydrogen. They are forced together so hard they combine in pairs to form helium. This is nuclear fusion, it releases lots of energy.

Fusion in stars forces hydrogen atoms together to make other elements aswell, which spread through space as a star explodes at the end of its life.

All chemical elements with atoms heavier than helium are made in stars. 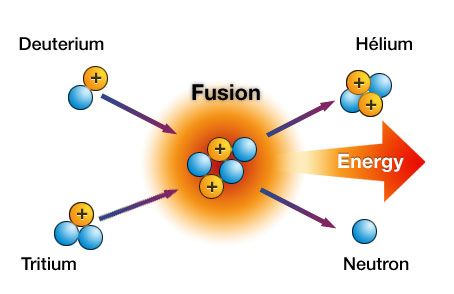 Nuclear fusion is only possible at very high temperatures and densities.

At high enough temperatures nuclear fusion can make heavy elements such as iron.

Supernova: Massive explosion where all the different chemical elements are made, including those heavier than iron. 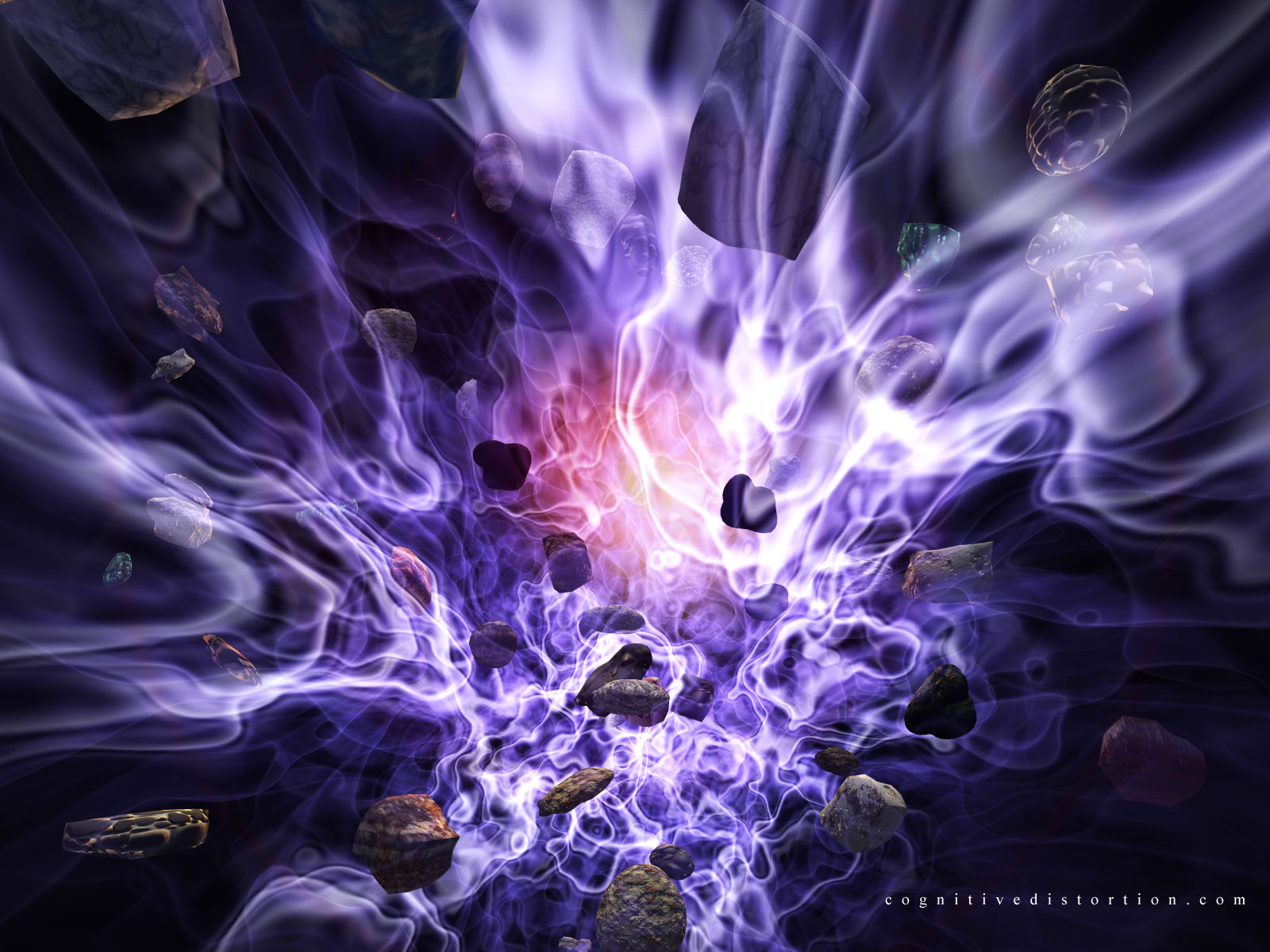 The solar system was made from a collapsing cloud of dust and gas about 5000 million years ago.

Apart from hydrogen alot of the material in that cloud came from explosions of large stars.

Evidence for this comes from elements in the sun other than helium and hydrogen.

Most of the galaxies appear to be moving away from us.

This motion of the galaxies changes the wavelength of light we recieve from them.

Redshift: The increase of wavelength from a galaxy moving away.

With a few exceptions the amount of redshift increases with distance from Earth. In general the further away from Earth a galaxy is the faster it is moving away from us.

The redshift in light coming from distant galaxies provides evidense that all part of the universe are expanding, with galaxies moving apart from each other as time goes on.

The universe started expanding rapidly from a single point about 14,000 million years ago.

The sun was created about 5000 million years ago.

The Earth was created about 4500 million years ago.

Scientists believe that the universe began with a 'big bang'.

The ultimate fate of the universe depends on how it continues to expand. If there is enough mass in the universe, gravity will slow down the expansion and make it collapse again.

The fate of the universe is difficult to predict because:

Material erodes slowly from the mountains and becomes sediments which make rocks.

Volcanoes erupt quickly, spewing out lava to make new mountains or a crater.

Sometimes plants and animals are buried by sediments or lava to become fossils.

Slow movements of the crust can make fold mountains and new mountains.

Geologists study rocks. Their findings provide evidence that the Earth has changed.

Rocks are eroded by moving water, glaciers, wind and rockfalls.

Eroded rock pieces are transported by the wind, water and ice, brocken up further and deposited on riverbeds and in the sea. This is sedimentation.

Over millions of years rocks are crushed together to form layers of sedimentary rocks.

The age of the Earth must be greater than its oldest rocks, which are 4000 million years old.

If no new rocks had been created, erosion for that length of time would have eroded the continents down to sea level.

Collisions between different parts of the crust also push rocks up to make new mountains.

Millions of years ago there was a single mass of land on Earth. Since it has split into several continents which have drifted apart.

Collisions between moving continents also explain the folding of rocks into mountains.

Geologists did not except this theory because:

Continents move because they sit on the mantle, whose rocks move slowly by convection as they carry heat away from the Earths core.

The seafloor between continents moving apart can expand by about a few centimetres each year. This is seafloor spreading.

Oceanic ridges form on the expanding seafloor where liquid rock from the mantle fills the gap.

The solidifying rock in ocean ridges is magnetisised by the Earths magnetic field.

The Earths magnetic field changes direction over millions of years.

Each time the Earths field changes, so does the magnetism of the Earths ocean ridges. So the Seafloor has strips of reversed magnetism parallel to the gap where the new rock is created.

Volcanoes occur when liquid magma is forced through cracks where tectonic platesa are moving apart.

Volcanic mountains form when one tectonic plate is forced under another heading towards it.

Earthquakes are releases of energy from tectonic plates sliding past each other.

The rock cycle can be explained by the movement of tectonic plates.

The core of the Earth is mainly liquid iron.

Semi liquid rock in the mantle floats on the core.

The outer core is a layer of liquid nickel and iron about 2200 Km thick.

The inner core is solid nickel and iron about 1250 Km thick.

A thin layer of solid rock in the crust floats on the mantle.

S waves: Only move slowly through the solid crust.

Seisometers on the Earths surface record these waves after an earthquake.

We can work out the structure of the Earth by measuring the time of arrival of seismic waves across the Earth from the Earthquake.

Seismic waves speed up and change direction when they enter denser regions of the Earths core.

P-waves are longitudal, which means the particles vibrate along the direction of motion of the wave.

S-waves are transverse, so the particles vibrate at right angles to the direction of the motion of the wave.

The core of the Earth must be liquid because only P-waves pass through it.

A wave transfers energy away from a vibrating source. The wave creates a series of disturbances as it moves, vibrating material that it passes through.

There is no overall transfer of matter in the direction of motion of the wave, just energy.

Amplitude: The maximum height of the disturbance from the undisturbed position.

Wavelength: The distance from one maximum disturbance to the next.

The speed of a wave is how fast each maximum disturbance moves away from the source.

The frequency of a wave is the number of vibrations of the source per second.

A machine that displays waves on a screen. A grid on the screen lets you compare the wavelengthand amplitude of waves:

The scale of an oscilloscope is used to measure wavelengths in metres or to measure amplitude.

The unit of frequency is hertz (Hz). 1 Hz means 1 vibration per second.

The higher the frequency, the shorter the wavelength.

The wavelength is allways inversely proportional to the frequency.