We can learn about the standard of Roman houses from Juvenal's 'Satires'. 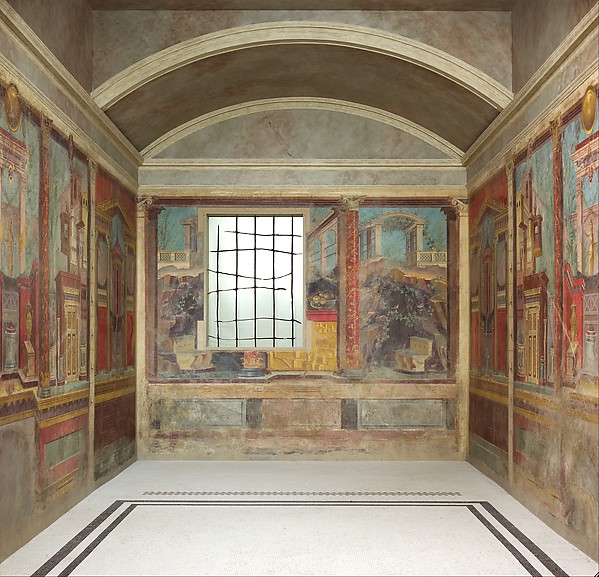 Would contain bed, chair, storage, maybe a lamp, and would be situted just off the atrium; the murals display wealth.

Tunic - knee-length, worn by all Roman men and boys, even slaves

Toga – fine white or cream wool – draped over the tunic and held over the left arm, leaving the right arm free – very cumbersome, needed help to drape- difficult to move in.

He was an upper class citizen. Most upper class male citizens possessed a toga although many hardly ever wore it. It was the formal work wear of lawyers and politicians and also worn to important banquets.

Very important men such as senators wore a toga with a broad purple stripe.

She is wearing a stola, similar to the tunic worn by men, but longer and with sleeves. It was usually made of wool, often brightly coloured, and was the standard dress of a married lady. On top of the stola she is wearing a palla (cloak) which could be pulled up over the head.

The fact that she is wearing a palla pulled up over her head suggests that she is represented as being outside the home. She would normally be attended by a slave.

"Paterfamilia" - "father of the family." (head of family was the oldest living male)

The 'paterfamilias' looked after the families business affairs and property, as well as performing religious activites on their behalf. He also had rights over the slaves.

He also had the right to disown, sell into slavery, or kill his children.

Sons could not possess their own property until their father's died, and so recieved allowance (peliculum) until then to manage their households.

Pliny the Younger, was adopted by his childless uncle Pliny the Elder.

Women (or girls, really) married in their late teens/early twenties to men usually in their thirties. This is because men had to be 'established' before considering marriage. This was mostly the case up until about the 20th century.

'Materfamilia' - "mother of the family" had to organise slaves, purchase food, arrange the children of house's education, and the generally supporting her husband. She would also have to uphold her husband's image by organising "cena" a formal banquet. 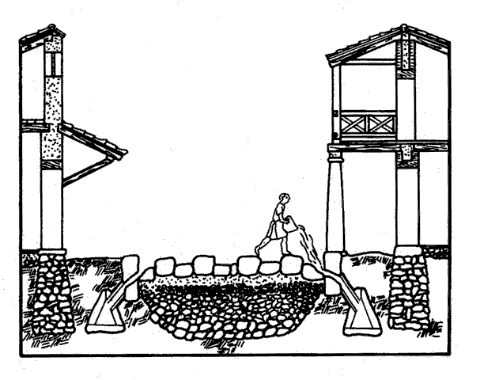 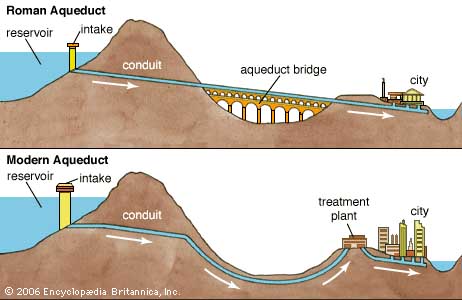 A diagram of a Roman sewer system, and a diagram of the Roman Aqueducts.

Columella: extracts on Agriculture and Martial: Epigrams on Food and Dining

Horace: Satires on Town and Country 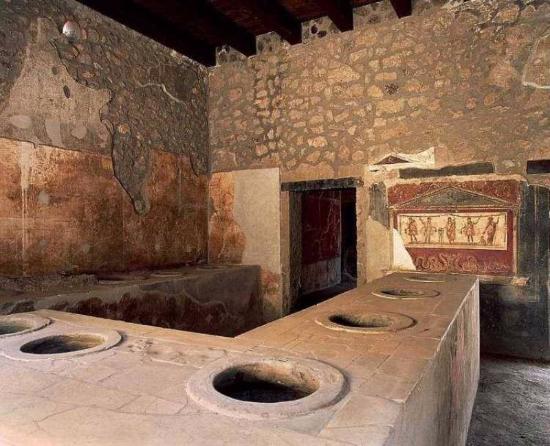 From an exemplar answer regarding soldiers at Hadrian's Wall 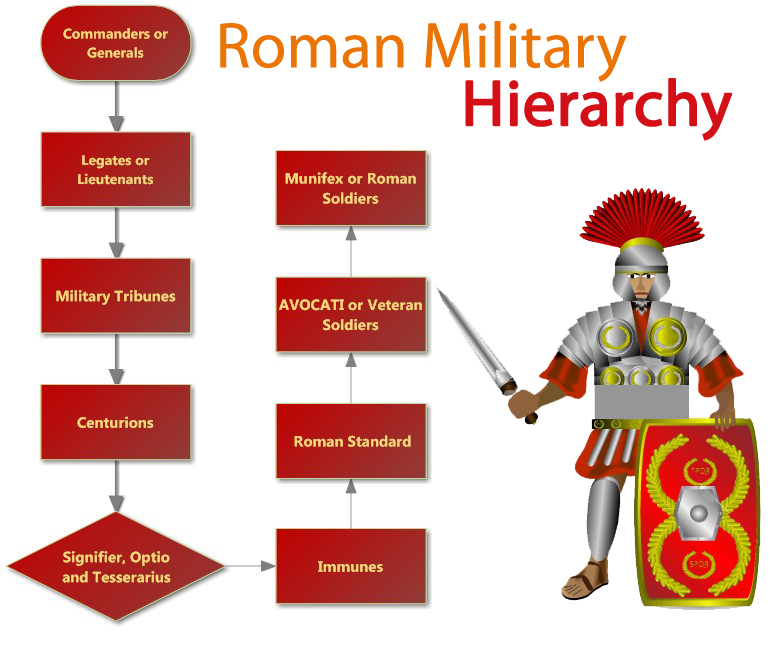 These images show the hierachy of positions in the army as well as a modern recreation of how the army looked and the tactics they used to fight.

Extracts from the writings of Vegetius

Extracts from the writings of Vegetius

The Vindola Tablets were the Roman Equivalent modern day postcards. Roman's used these finely sliced pieces of wood to write to their relatives back home: