First Half of the Poem: The poem tells the story of Jessie Cameron and the Neighbour's Son, who is constantly being rejected by her. They stand of the beach at dusk as he begs for her love despite her refusal. Eventually, the tide comes in and drowns them.

Second Half of the Poem: This is the based on the suspicions and thoughts of the neighbours as they account how the two might have died. 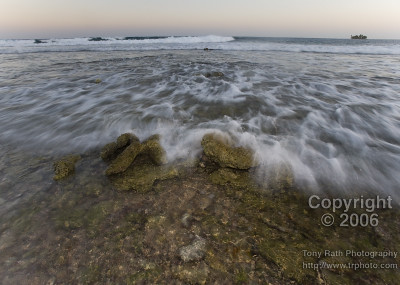 Features of the Ballad Form

"Quoth he" "Quoth she" - This archaic language sets up a dialogue between the two characters and sets up the story - this introduces the idea that this is a couple's conflict.

"Dimness" - This conveys the idea of twilight, and a darkening mood this could be either reflecting Jessie Cameron's rejection and attitude towards her lover and also conveys the eeriness and the potential danger of being on an isolated beach.

"Neighbour's Son" - The audience are discouraged from an attachment with him as we don't even learn his name signifying a lower status and perhaps a dislike. It sets up a distance between himself and the named character

"But" - Volta. Change in tone, Jessie Cameron rejects him, honest, blunt and cruel.

Description of Jessie Cameron and then reverts back to her rejection

"Earl or Churl" - This conveys to the audience that Jessie Cameron is a fairly open woman, she doesn't judge on status as shown by this juxtaposition - she would treat everyone the same, giving her a likeable quality.

Juxtaposition of 'Kindhearted' and 'apt at causing pain' - This juxtaposition shows that she is a conflicting character and makes her seem more realistic, the pain creates the sense that there is an element of cruelty that perhaps may be directed to the Neighbour's Son despite her being well known as kind.

"Go" - These imperatives are a factor of forceful language, that idea that Jessie Cameron knows what she wants and cannot be controlled and wants to live her 'own free way' and wants nothing to do her spurned lover, she is very forceful in her response, she is set on not being with him. Conveys a sense of finality.

Jessie Cameron is persistant that she does not want to be with him despite his attempts.

Natural Imagery - This imagery could reflect how calm Jessie Cameron is contrasted to the Neighbour's Sons panic and desperation and this reinforces how manic he actually is to the audience.

Repetition of 'Good' - This creates the idea that Jessie Camerone wants more than 'good' and that she has higher standards than the Neighbour's Son again lengthing her dislike of the boy conveying to the audience that she definetly doesn't want to be with him.

The Neighbour's Son's patience is running out and is still begging for their love, however Jessie Cameron is starting to get angry.

The first line and 'alone' - This conveys the idea that they are isolated, and this shows a sense of danger as if Jessie has nothing to hide behind and no one to rescue her from his attempts, this conveys a spookiness to the audience that there is a potential for danger.

Exclamation and repetition of 'Jessie, Jessie' - Again, this conveys an obsession and desperation showing that he is adamant to push this relationship, this pushiness makes the audience dislike him as we are more in the favour of Jessie Cameron.

Fricative Alliteration - This 'f' sound gives the poem a dynamic tone, almost like the moving sea and the fluctuating relationship conveying a perhaps dangerous tone as if the sea/relationship is moving too fast coveying a sense of danger.

Description of the Neighbour's Son

Repetition of 'Some Say' - This creates a rather gothic and mysterious image of him as if the audience cannot trust him perhaps to tell the audience that Jessie Cameron doesn't know him well enough and that there are too many unknowns about him to trust him.

"His heart was guile" - This juxtaposition in this metaphor tells the audience that he is full of deceit, inforcing the idea that he's not a nice person and perhaps give a reason why Jessie Cameron kept refusing his romantic gestures because he is a forceful and mysterious man.

Gothic Imagery - The idea that his grandam is a 'black witch' conveys a sense of mystery and danger making the audience feel uneasy about him as though we don't know the full truth about him.

Present Tense - This creates a dynamic tone which conveys a dramatic death as if the audience are part of the action.

"The sea kept moaning, moaning nigher" - This personification of the sea reflects the atmosphere of a tired, dragging sense, as if Jessie Cameron is still denying the neighbour's son constant droning.

"While yet the west was flushed with fire - But now her feet are in the foam" - This juxtaposed metaphor conveys the confusion that the Neighbour's son may be feeling.

"O mother" - Conveys an emotional plea, as if that's what he/she is thinking during death.

Use of Pauses - The pauses could convey the waves coming in and out furthermore pauses create tension and adds emotional and suspense to the tail.

We are now provided with a detailed description of the drowning.

"They stood together" - Is a form of repetitions and conveys the relentless, unsettling nature of this relationship. Furthermore, it could convey a dream like quality as if they were remembering the past.

Alliteration of 'Home, her home, was close at hand." - This creates a breathless sound, which conveys the breath patterns and emotions of Jessie Cameron and the neighbour's son. Easy to say as if it's the last thing that she would say. A method of characterisation through Jessie's thought patterns.

Sibalance of 'Startled sea-gull screech' and 'shrilly screaming' - Sibalance creates a negative hissing sound to symbolise the negative imagery of the seaguls and the very negative situation. Creates an unsettling atmosphere.

Pause before the final line and "That was all they heard." - This stop in punctuation slows down the pace and builds up the tension to create the climax.

Signifies that they are lost and that people look for them

"Jessie she comes home no more" - Repetition, start of a stanza could symbolise the start of grief through the people around her are lost and are mourning. It's the start of their grief.

Sibalance throughout - This negative hissing tone creates an almost dynamic sound that builds a dynamic motion to the sea moving, also the 'search upon the sea' reflects that the searh didn't turn out to be useful and creates a negative tone.

"Keep the secret first and last of their dwelling." - This not only personifies the sea as a villan but also signifies a sense of finality as if the 'last' conveys that they have died by drowning

Theories as to how they died and almost blames the Neighbour's son for hindering her. Leaves a sense of uncertainty.

Repetition of 'Whether' - This conveys a sense of uncertainty as it's ambigious as to what happens as if no one knows what happens.

'She scorned him to the last' - Conveys the characterisation of the strong nature of Jessie Cameron, or that she was still punishing the neighbour's son even in death.

'Helped or hindered her' 'life or lost' - Alliteration, as if a sense of finality. As if they have one options, definite. With no other choice. Like Life or death. They either died or they didn't.

A sense of isolation, finality and empty hope is conveyed

"Only" "One" and "Watchers" - Conveys the sense of isolation and aloneess as if only a few people know what happened. This conveys a sense of uncertainty and mystery to what happened.

"Sobs and screams" "Wordless, urgent" - This could convey the emotive language of tragedy. As if this twisted love story turned into a tragedy, conveying the negative neature of this story.

"Might" - This on the very last line, conveys the empty hope of the people grieving around her. That the ambigious ending could mean a lot of things to different people. Grieving.