Plants are producers
Animals are consumers
Bacteria and fungi are decomposers

Food chains are simplified. In real ecosystems, real food chains link together to form food webs. However, food webs are also simplified as they don't tell you numbers or mass of the organisms involved and they do not show the role of decomposers.

Pyramids of biomass gets less at each level because:
Some of the organism isn't eaten and not ll can be digested / absorbed.
Some of the food is excreted or used for respiration
Only a small part of the food is used to produce growth and new body mass.

Only about 10% of the energy is passed on at each level of a food chain. 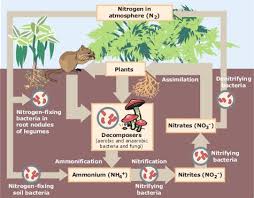 Human influences on the evironment