There are about 100 different elements from which all substances are made. The list of these elements is called the periodic table.

Element: A substance made up of only one type of atom. It is not possible to break an element down into a simpler substance. 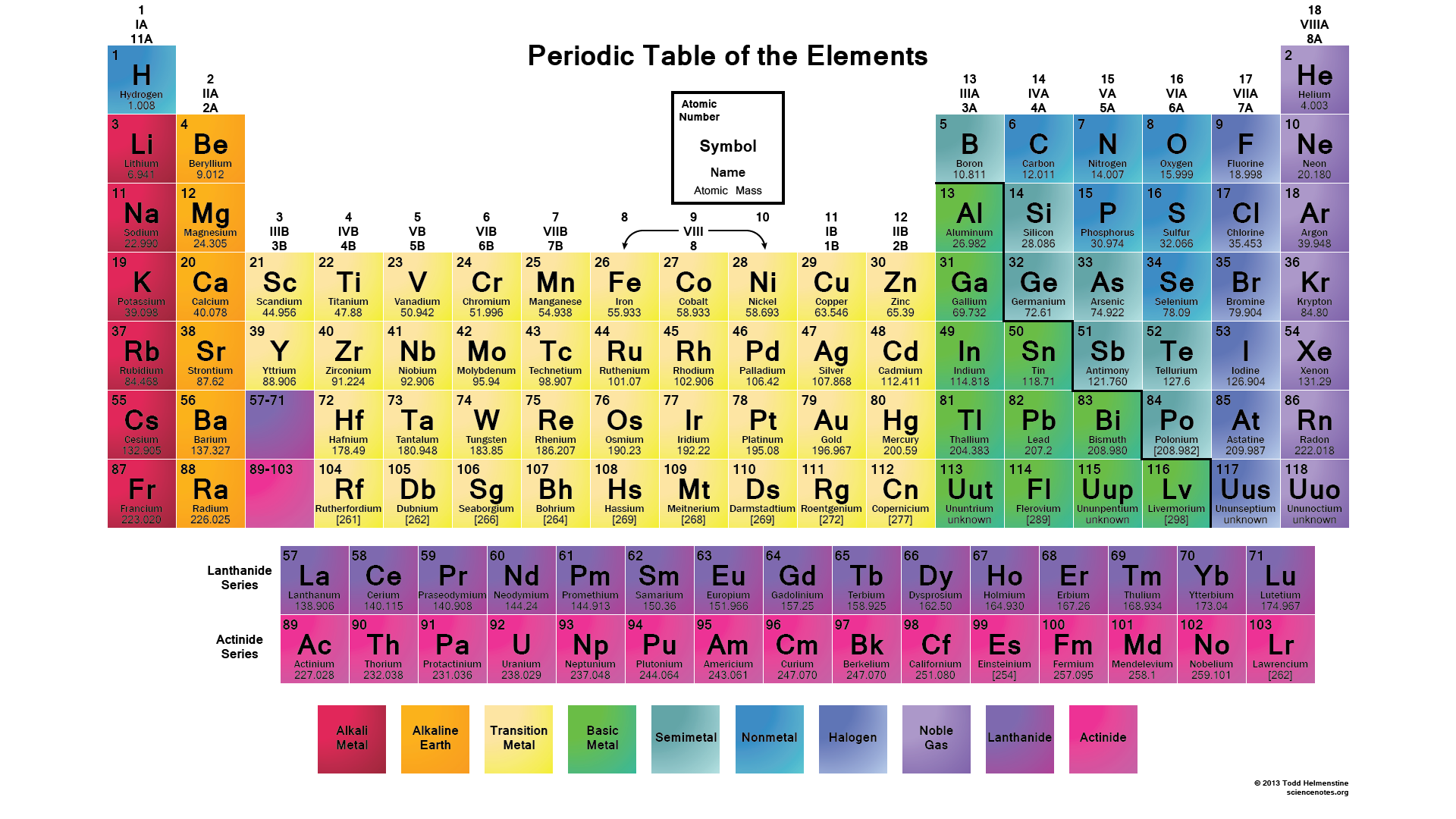 Each element is made up of one type of atom.

Atoms are represented by chemical symbols e.g. Na for Sodium or O for Oxygen.

Atom: An atom is the smallest particle that can exist on its own.

Element: An element is made up of one type of atom.

Mixture: Two or more atoms or compounds which are not chemically bonded (The elements are mixed)

The arrangement of electrons in an atom