Layers of the Atmosphere

Remember: tropospheric ozone has bad helath implications including eye irritation and respiratory difficulties, but stratospheric ozone is good because it helps to reduce the damaging UV radiation from reaching Earth

- The concentration of these gases is in a dynamic equilibrium (state of long-term balance with short-term fluctuations) - e.g short changes include daily changes in CO2 due to day/night cycles corresponding with photosynthesis and respiration rates

- nitrogen is needed for proteins, while carbon is the base of all organic molecules. Carbohydrates, lipids and proteins all need carbon in addition to oxygen and hydrogen

- these gases in the atmosphere are responsible for transferring heat across the world, by pressure changes (see atmospheric circulation model) in the air as well as creating ocean currents (North Atlantic Gulf Stream)

- without the atmosphere, Earth would be an average of 33C cooler - less able to sustain life

- greenhouse gases absorb the IR energy emitted from the Earth and re-radiate this in all directions, including back to Earth

Relative effects = the effects per molecule compared to CO2

As shown above, some greenhouse gases have greater greenhouse potential but are released less. This is why CO2 is such a concern, as it has a low potential but in the excessive amounts we release it in currently, it has the greatest warming power

- hibernation disruption but lack of food (leads to death by starvation, eg: dormice)

2. rainfall - high evaporation rates lead to more rainfall, but coupled with the different wind patterns, impacts are uncertain - some places could get floods and some droughts - weather extremes: more droughts and floods, partially due to increased freq. of El Nino and La Nina weather (from ocean currents) which cause extreme events like these 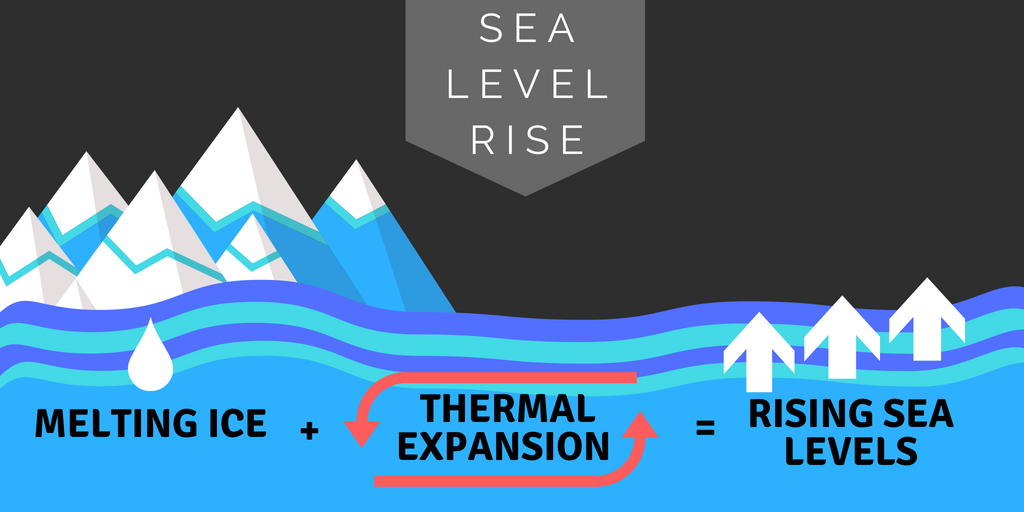 Rowland Molina Hypothesis - properties of CFCs that cause ozone depletion

The final reaction prevents monatomic O producing ozone, and releases the Cl free radical to continue damage - this is a cycle that continues

MONTREAL PROTOCOL - 2 years after the Vienna Convention (1985) the Montreal Protocol was an international agreement which had legally-binding goals. Main aspects:

4. Carbon Sequestration - afforestation to increase carbon dioxide removed from the atmosphere. in geoengineering, nutrients can be added to the ocean to increase planktonic growth - they will sink to the bottom when dead and store carbon in sediment

Why was the Montreal Protocol (1987) so successful?

- agreement between nearly every country (cooperation)