Home > Discussions > Sociology > What is the functionalist and marxists views?

What is the functionalist and marxists views?

I really dont understand sociology, have no idea why i took it if im honest!
But my exam is in just under three weeks!
what is a functionalist and marxits view?
PLEASE HELP!!
Thank youx

functionalism is durkheims idea of the consensus view and uses the ideology of the human body to represent society. Overall, they agree with anything that makes society a better place

Sociologists you look at will be durkheim, parsons etc. 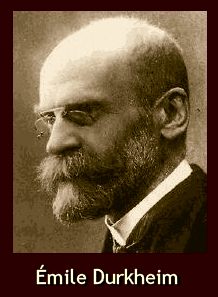 Sociologists you look at is murray, marx, zare

to summerise the above :

functionalist approach - EVERY one and EVERY thing in the society has a specific funtion. everyone together makes the society function. FOr example the nuclear family is the best type of family as  it provides all the functions indicuals need. Caring mother. Providing father and soo on.

marxist approach = conflict between rich and poor. believe that society works in a way to keep the rich realy rich and keep the poor  the poor of the society. For example private schhols - only people who can afford it get the best education resulting in them having a better life.

It is seen throughout all the different topics you will study (family, education, religion, crime & deviance) etc.

For example, Functionalists see religion as reaffirming shared norms and values (Durkheim) as well as ensuring social solidarity (Parsons). On the other hand, Marxists see religion as the "Opium of the people" - it acts as a painkiller but does not treat the underlying problem (capitalism). Religion according to Marxists also acts as a form of ideological control, by preventing revolution with promises of rewards in the afterlife.

For crime, Durkheim says that law making is a consensus formation. Marxism - law making is the ruling class exercising their power.