Home > Discussions > English Literature > Anyone got any useful notes on Calpurnia from To Kill A Mockingbird?

Anyone got any useful notes on Calpurnia from To Kill A Mockingbird?

I'm doing an assessment on how Harper Lee presents her and i need some help :)

While everyone in the novel is filtered through Scout’s perception – she is, after all, the narrator – Calpurnia in particular appears for a long time more as Scout’s idea of her than as a real person. At the beginning of the novel, Scout thinks of Calpurnia as the wicked stepmother to Scout’s own Cinderella.

She was all angles and bones; she was nearsighted; she squinted; her hand was wide as a bed slat and twice as hard. She was always ordering me out of the kitchen, asking me why I couldn't behave as well as Jem when she knew he was older, and calling me home when I wasn't ready to come. Our battles were epic and one-sided. Calpurnia always won, mainly because Atticus always took her side. She had been with us ever since Jem was born, and I had felt her tyrannical presence as long as I could remember. (1.12)

Scout at first sees Calpurnia less as a human being than as a force of nature that she runs up against all too often. Scout thinks Calpurnia wins their battles not because she has right on her side, but because she has the might, and that for her to be kind would be to admit defeat.

Calpurnia bent down and kissed me. I ran along, wondering what had come over her. She had wanted to make up with me, that was it. She had always been too hard on me, she had at last seen the error of her fractious ways, she was sorry and too stubborn to say so. (3.75)

Caught up in the tunnel vision of her own perspective, Scout can’t see that Calpurnia is hard on her because she cares about her.

By taking the Finch kids with her to First Purchase Church, Calpurnia shows them a different side of her character. In this new setting of Maycomb’s African-American community, Calpurnia surprises Jem and Scout by speaking in a voice they’d never heard her use before.

[…] "Suppose you and Scout talked colored-folks' talk at home it'd be out of place, wouldn't it? Now what if I talked white-folks' talk at church, and with my neighbors? They'd think I was puttin' on airs to beat Moses."

"It's not necessary to tell all you know. It's not ladylike – in the second place, folks don't like to have somebody around knowin' more than they do. It aggravates 'em. You're not gonna change any of them by talkin' right, they've got to want to learn themselves, and when they don't want to learn there's nothing you can do but keep your mouth shut or talk their language." (12.139-144)

Calpurnia teaches Scout and Jem about community values, and their relativity: what’s right in one place may be wrong in another. But is that always true? Atticus is famous for acting the same everywhere, and that’s presented as a good thing. Why can Atticus always be the same, while Calpurnia has to adapt herself depending on the community she’s in? Is one of these approaches more successful than the other?

Seeing Calpurnia in relation to the African-American community causes Scout to realize for the first time that Cal actually continues to exist when she’s not at the Finch house.

That Calpurnia led a modest double life never dawned on me. The idea that she had a separate existence outside our household was a novel one, to say nothing of her having command of two languages. (12.138)

This revelation sparks Scout’s curiosity about Calpurnia, and she peppers her with basic questions like when her birthday is (she doesn’t actually know, not even the year) and where she grew up (near Finches’ Landing). While Cal shares the basic facts of her life, what isn’t revealed is her feelings about them. Does she miss her childhood home? Was she happy there? Did she leave family members behind? What does she do on her days off? While Scout does learn to see Calpurnia as a real person over the course of the novel, the question remains open of to what extent the novel gives Calpurnia an identity separate from her role as the Finch kids’ Giver of Life Lessons. 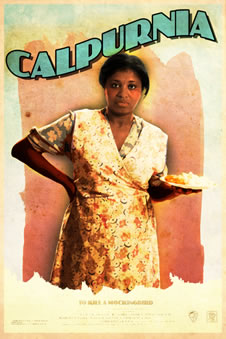 Thank you so much :)